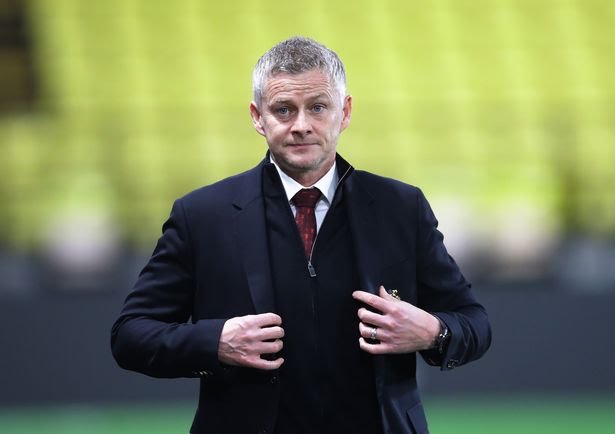 Manchester United may part ways with Norwegian Ole Gunnar Solskjaer after the huge defeat of 4-1 at Vicarage road, home of Watford FC, news coming out of Old Trafford on Sunday says.

Technical director, Darren Fletcher and first-team coach, Michael Carrick have been asked to step in until a successor is found.

United’s gamble to keep faith with Solskjaer in the aftermath of Old Trafford humiliations at the hands of Liverpool and Manchester City indeed backfired.

They were hoping the 51-year-old could arrest the slump at Vicarage Road ahead of a crucial Champions League trip to Villarreal on Tuesday night.

But sources inside the club have confirmed that chairman, Joel Glazer and executive vice-chairman, Ed Woodward have now come to the conclusion that a change has to be made now.

According to The Times, the club’s owners, the Glazers, have made contact with officials telling them to increase their offer in order to land former Real Madrid boss, Zinedine Zidane.

Reports have suggested the Frenchman is reluctant to take over midway through the season, but there is understood to be optimism that the two parties can agree terms.

If Zidane were to walk into Old Trafford and replace Solskjaer, he would not need to perform a dramatic overhaul of the playing squad.

Zidane has also started learning the English language ahead of a possible move to Old Trafford.