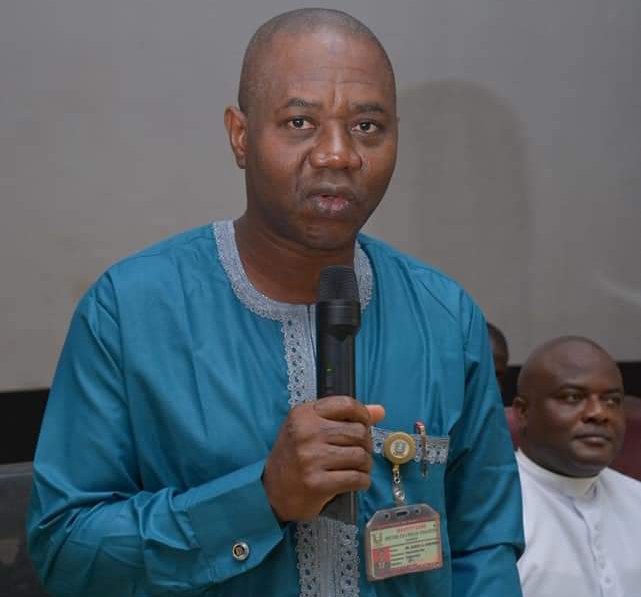 Dr. Samuel Akintunde, the provost of Adeyemi College of Education, Ondo on Tuesday, January 4 announced the much-awaited upgrade of the institution to university of education.

The Provost disclosed this during the new year prayer meeting.

Dr. Akintunde who deliberately ended his speech with the good news, announced the signing into law of the bill upgrading the institution from Adeyemi College of Education, Ondo to Adeyemi Federal University of Education, Ondo by the Commander-in-Chief of Nigerian Armed Forces, President Mohammadu Buhari.

This development elicited wild jubilations from the participants.

In May 2015, former President Goodluck Jonathan had pronounced the College as university and also appointed the institution a vice-chancellor but it was reversed when President Buhari took over power.

The legislative chambers of the National Assembly – Senate and House of Representatives – had passed a bill for the upgrade of the institution during the 8th legislative assembly but the president did not assent to the bill.

In the second half of 2021, the Senate and the House of Representatives concurrently passed the bill for the upgrade, awaiting president’s assent. It was widely reported in the media and journalists calling to ascertain the correct position of things from the College’s Directorate of Information and Public Relations.

At each monthly prayer meeting, the Provost kept encouraging the College community that the pursuit of the goal would yield fruits soon. So staff and students kept hoping to see it come true, backing it up with prayers individually and collectively.

Meanwhile, Dr. Akintunde advised staff of the institution to demonstrate right attitude at their duty post in the New Year, stating that the move would improve service delivery and add values to the College.

Dr. Akintunde spoke at the College’s 2022 New Year prayer meeting to herald the commencement of the monthly-organized prayer meetings for the year.

Commending the workers for their dedication, support and contributions to the development of the College, the Chief Executive Officer urged them to sustain the tempo by redoubling their efforts at their duty posts.

He explained that the development would enhance progress of the College and elevate it to greater heights.

His words: “As we have heard in the message, I think in this Year 2022 we are going to redouble our efforts in all our departments and units so as to ensure that this College continues to soar higher and higher and that shall be the story of the College this year in Jesus’ name.”

Dr. Akintunde, however, admonished the congregation not to relent in their daily supplications to God, praying that the Almighty God will meet all their expectations.

The College number one citizen assured the workers of brighter days and career progression, especially those looking forward for promotions, saying the Almighty God would bring it to reality.

Earlier in a sermon, Revd. Canon Ayodeji Josiah Ojumu from St. Andrew’s Anglican Communion, Idi-moge Ondo City emphasized that members of the congregation should always seek divine visitation as they embark on the journey of Year 2022, saying it would enable them enjoy ” lasting laughter”.

Speaking on “2022, My Year of Lasting Laughter”, the cleric alluded to the plight of Sarah, Pa Abraham’s wife, who was barren but later bore a child after long years of waiting in fulfilment of God’s words.

Revd. Ojumu, citing several passages from the Bible, concluded that: “With God all things are possible. When God speaks, it will surely come to pass.”

The well-attended meeting held at the College’s Olusegun Obasanjo Auditorium, featured praise and worship as well as prayers for College management, staff, students and the College as a whole and its activities in Year 2022.

The climax of the event was the delivery of vote of thanks by the College Registrar, Mrs. Olufisayo Fakorede and offering of prayer for members of the congregation born in the month of January.