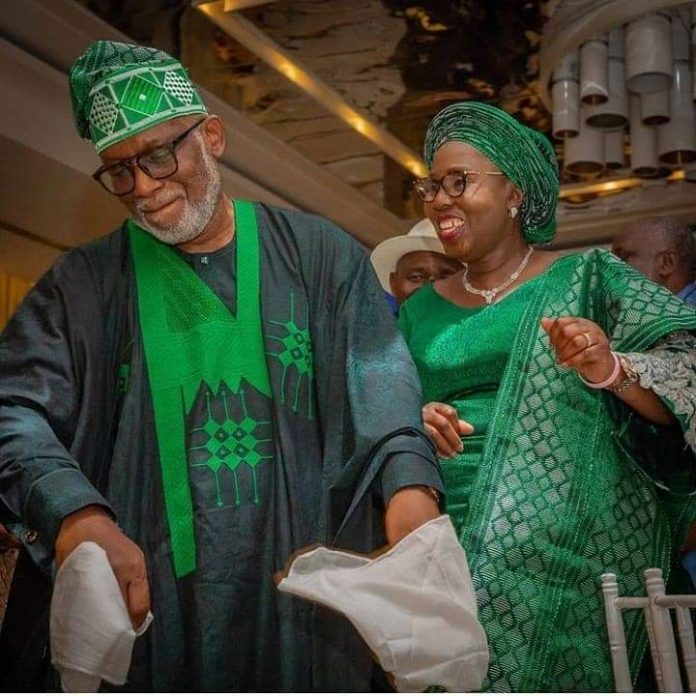 Kennedy Ikantu Peretei, the publicity secretary of the PDP in Ondo State, has unveiled eight companies allegedly owned by the Akeredolu family to siphon the State’s treasury.

Peretei made the revelation in his latest series on Akeredolu’s misrule in Ondo State.

The PDP chieftain also revealed that action is already being taken on the petition to the Economic and Financial Crimes Commission (EFCC).

“When l released the series 10 of “Ondo State Governor, Rotimi Akeredolu’s Misrule”, it was greeted with disbelief. Some said it was a fairy tale. Others said, Ondo State was too enlightened for such mindless looting. Even the clueless Government Information machinery dismissed me as idle, challenging me to provide the facts.

“Today, l serve only the first course of documentary evidence,  independent, authorised search from the Corporate Affairs Commission (CAC) portal, so that, the doubting Thomases can come to terms with the fact that, indeed, Ondo State is under siege with Akeredolu and his family,” Peretei disclosed.

He said the independent findings revealed that the following companies are owned by the Akeredolu family:

1. Erudit Limited: Every document prepared for Ondo State Government carries Erudit consulting. It is owned and operated by Babajide Akeredolu using a proxy, Ibrahim Ashanke. The Providus Bank, Akure Branch account run by Erudit shows it is all Babajide’s transactions.

3. Egimka Nigeria Limited is used for contracting purposes and has same Directors as Erudit, Pentabon and Egimka. The account details of these companies show they are all run by Babajide Akeredolu.

5. CLARIBET CONSULTING LIMITED is owned by Babajide and his mother, Betty. The Secretary is Babajide’s Personal Assistant, Damhindi Msendoo, whose name appears alternately as Director or Secretary of most of these companies.

8. JAKOVIE ENERGY is owned by Babajide Akeredolu and being fronted for by Damhindi Msendoo as the MD.   Jakovie has been awarded a rural electricity project in Ondo State.

“For those who think we are peddling “beer parlour” rumours, it is better to wake up from your slumber to join the rest of us to rescue and rebuild Ondo State. Take your time to glean through the documents. We are not arm-chair critics. We do our due  diligence. As critical stakeholders, we cannot fold our hands and allow this to continue,” Peretei noted.