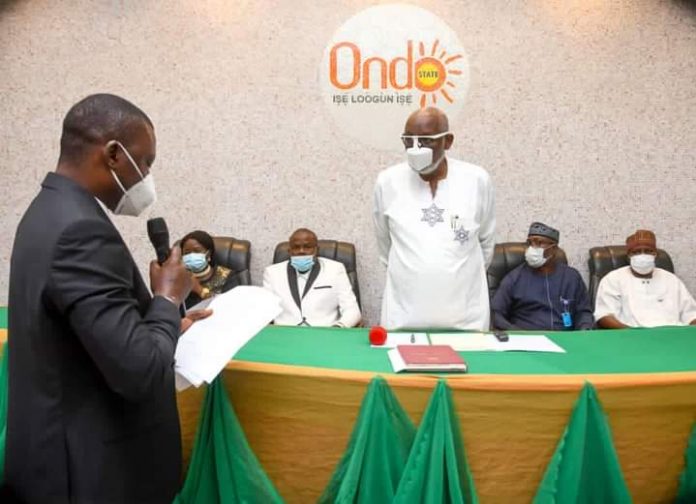 The Ondo State government has asked the PDP in the State to petition the Economic and Financial Crimes Commission (EFCC) if it is uncomfortable with the Akeredolu family.

Donald Ojogo in a statement in Akure on Monday said the PDP doesn’t deserve a response on its recent allegations, but rather it is to counsel the seemingly disorganised ilk and for the sake of general public at the mercy of PDP’s disingenuous misinformation.

“This response in respect of the PDP’s latest misadventure mistaken for opposition is not to glorify the rudderless camp.

Read Also: Salary Payment: Ondo Govt Thanks Workers For Not Allowing PDP To Use Them

“On the alleged expenditure of N500,000,000 (Five Hundred Million Naira) by the Ondo State Ministry of Information on the Countdown Show to herald 2022, it’s not just laughable but presents the PDP as most unserious. The inconsistency in their lies is legendary as their first release had indicated N200,000,000 in respect of same subject. The public deserves to know more. Therefore, PDP must hurry to report this to the EFCC for investigation.

“While it is clear that the insidious naked dance of the PDP manifests the height of idleness and political depression, the party’s persistence in the display of uncanny posture on the path of unbelievable lies calls to question whether or not PDP respects the Ondo State public at all. No serious public takes such beer parlour talks seriously.”