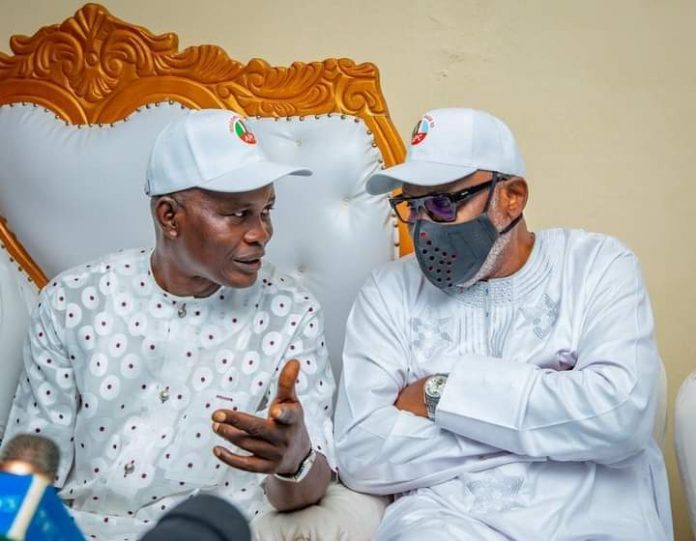 As the primary election of the All Progressives Congress (APC) in Ondo State to determine the party’s candidate for the February 26 Akure North/South federal constituency by-election draws nearer, Governor Oluwarotimi Akeredolu has met with the party’s aspirants.

Precision Online Newspaper reports that over 10 aspirants are vying under the APC to fill the vacant seat at the lower chamber.

The seat became vacant after the demise of the former occupant, Hon. Adedayo Omolafe popularly referred to as ‘Expensive’ who died last year.

Confirming that Governor Akeredolu met with the aspirants, APC publicity secretary, Alex Kalejaye in a telephone conversation with our correspondent, disclosed that such meeting is important for the success of the party at the poll.

According to Kalejaye, the Governor appealed to the aspirants to work together, having it in mind that victory at the poll is more beneficial to the party than losing.

The APC spokesperson added that Akeredolu urged the aspirants to search among themselves and look at the possibility of pruning down the number of aspirants.

“If you see that one aspirant is popular than you and you believe that such aspirant would win the seat for the party, why not step down for the popular person?,” Kalejaye said.

Asked if there would be a consensus candidate for the party, Mr Kalejaye noted that the party has not arrived at the modality for the primary election.

Adebumiti is the Editor-in-Chief of Precision Online Newspaper.