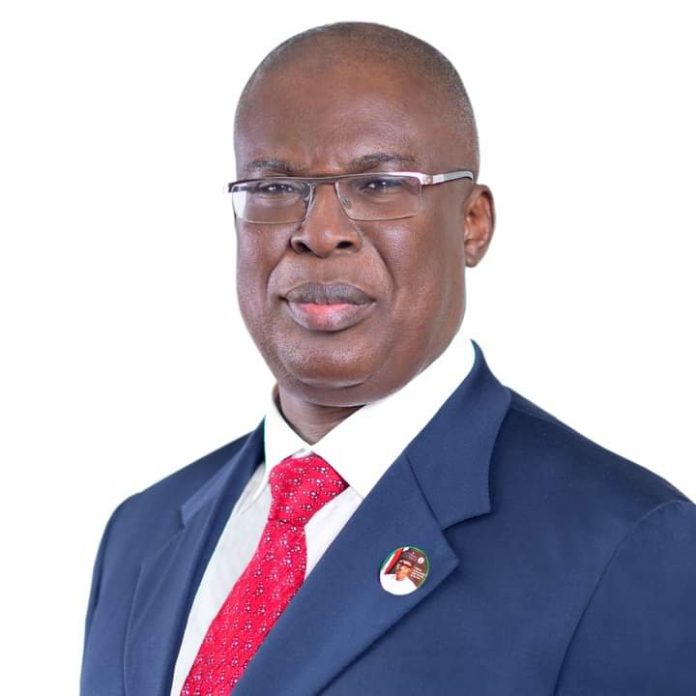 Kperogi, a Professor of Journalism and Emerging Media is known for publishing exclusive information about the Buhari’s government.

This time, he is insinuating that Sylva, who hails from Bayelsa state and current Minister of State for Petroleum Resources, is Buhari’s joker for the 2023 presidential election.

Kperogi in message posted on his Facebook profile on Friday revealed that Sylva became Buhari’s choice after it was evident that Ex President, Goodluck Jonathan, his choice to succeed him in 2023, had been restricted by law.

“It has turned out that it was actually Buhari himself, not the Aso Rock cabal, who wanted Goodluck Jonathan to succeed him in 2023! Apparently, even members of the cabal were disquieted by this.

“The cabal played along for a while (knowing Buhari’s well-known cognitive impairments and imperviousness to reason) and, at the right time, reminded him that in June 2018 he’d signed into law a “Constitution Alteration Bill Number 16” that makes it unconstitutional for vice presidents and deputy governors who complete the first terms of deceased or impeached and removed presidents and governors to run for election twice.

“That law basically makes it illegal for Jonathan to seek another term as president. In fact, it was inspired by his 2015 presidential run after completing Umar Musa Yar’adua’s first term AND running and winning a second term in 2011.

“After realizing that Jonathan can’t legally run for another presidential election, Buhari told the Aso Rock cabal that he wants former Bayelsa State governor and current minister of state for petroleum Timipre Sylva to succeed him. That’s still his preference.

“It doesn’t seem to me that the cabal is enthused by this. But we will see. Sylva has credible allegations of multi-billion-naira corruption hanging around his neck. In 2013, the EFCC seized 48 houses he corruptly acquired, which it returned to him in 2016, months after he defected to the APC.

“I don’t know what bond binds Buhari and Sylva. I’ll leave that for journalistic sleuthhounds to unravel. Recall that he was the chairman of Buhari’s inauguration committee in 2015.

“The position of minister of state for petroleum is probably the most consequential position in this regime after the office of the president. Buhari family members work with Sylva. One Nuhu Dauda (who is Buhari’s nephew since his father is Buhari’s half-brother) works as an assistant to Sylva.

“Even if Buhari doesn’t have his way to get Sylva to succeed him, he is clear that he wants neither Tinubu nor Osinbajo as his successors. Whether that insistence will have any consequences for the electoral fortunes of Tinubu and Osinbajo in the APC primaries is anybody’s guess.

“But you have to wonder why Buhari who likes to tout his “integrity” is always drawn to corrupt and shady people,” Kperogi alleges.