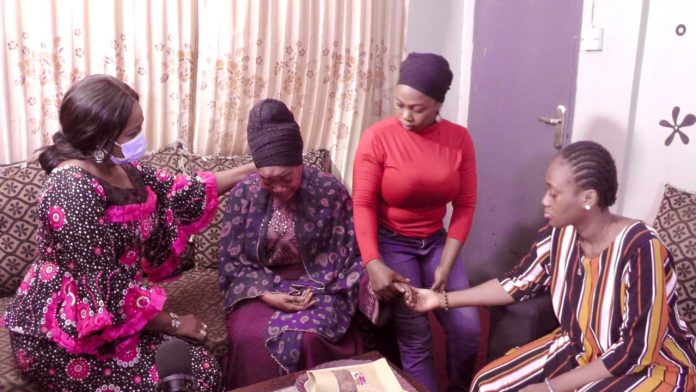 Filled with so much emotions and grieve, the Chairman/CEO, Nigerians in Diaspora Commission, (NIDCOM), Hon Abike Dabiri-Erewa has visited the Agboluaje family in Ebute Metta, Lagos State to console them over the loss of their son, Fadlullah Agboluaje.

Hon Abike Dabiri-Erewa who described the death of Fadlullah Agboluaje as unfortunate, rude shock and avoidable, informed the family (represented by Mrs Musleemah Agboluaje and her two daughters), of the immediate intervention of the Nigerian Ambassador to Ukraine,, Amb. Fatai Alege, who with the consent of the Father immediately demanded an autopsy.

The NIDCOM Boss added that the Nigerian envoy had given all necessary preliminary assistance pledging that the Nigerian Government will work with the family on the next steps to take on the issue of alleged negligence by the institution.

Mrs Agboluaje narrated how she had been in constant communication with her son till 11pm where he had complained of the Non- functional heater in his room and requested that it be fixed but got no response from the Receptionist on duty.

It could be recalled that Fadlullah Agboluaje had arrived in Lviv Ukraine on January 8, 2022 and was was reported dead, a day later.