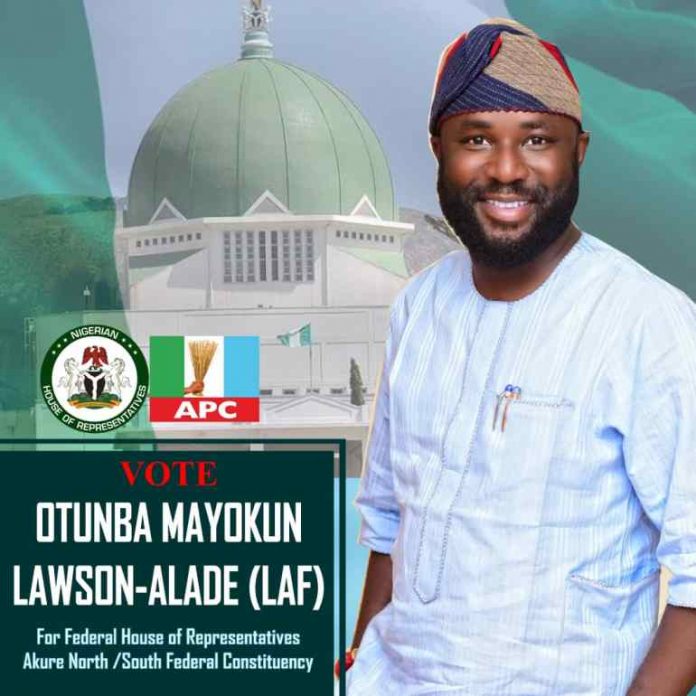 Alade Lawson Mayorkun on Tuesday won the All Progressives Congress (APC) primary election ahead of the February 26th by- election into the vacant seat of the Akure north/South federal constituency.

The election which took place at the Dome Igbatoro Akure has eight contestants vying for the same seat.

Alade won the election with 305 votes to defeat other 7 contestants.

Declaring the winner, the chairman electoral committee and the deputy governor of Anambra state, Mr Nkem Okeke said the election process was peaceful charging other aspirants to unite ahead of the February 26th election.

Summary of the results below: