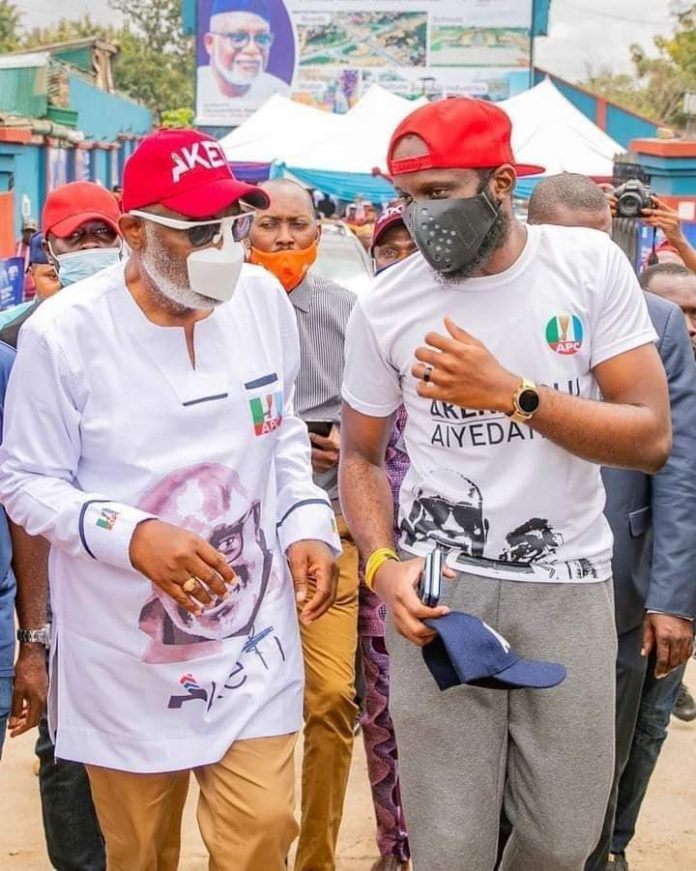 As Rotimi Akeredolu, SAN celebrates his fifth year anniversary as Governor of Ondo State this week, the only question on many lips is, “Is this how things will continue to be in Ondo State”? My own response is to salute the people of the Sunshine State for their perseverance and endurance for these past five years of torture and pain. Whereas there is no sign that, things can ever get better under the incumbent administration, happenings within the government point to tougher times and ridicule for even those who hitherto considered themselves as privileged by virtue of their appointments.

The Governor has just signed an Executive Order to provide legal cover for the illegal appointment of his son, Babajide as Director General of Performance and Project Implementation Monitoring Unit (PPIMU). The Executive Order amongst other provisions states, “All MDAs of Ondo State Government shall process approvals for projects through the Impact Assurance Process of PPIMU as constituted by this Order”. As if to cover for the incompetence and lack of experience of the son to discharge such responsibilities demanded by his office, the Order states further The operational Head of PPIMU appointed by the Governor of Ondo State shall be the Director General/Special Adviser (DG/SA) and shall be supported by a professional corp of officers in various categories to be recruited from within and outside of the civil service.

On a good day, when a Governor signs an Executive Order for the good of the people, it is done with funfair, but this particular one was secretly signed because of the implications for the government. It is an Order that has finally reduced Honourable State Commissioners, some of them accomplished in their various fields to submit projects from their Ministries for approval to Mr Governor’s son, who will in turn depend on “professional Corp of officers” to give such approvals before Almighty Mr. Governor appends his signature with the red pen. Governance has never been reduced to such a laughable extent in the history of the state .

Perhaps, it may be necessary to explain how Dr. Olusegun Agagu came up with the idea of Projects and Price Monitoring Unit (PPMU) attached to the Governor’s Office in 2003. It was to serve as a check on contractors that quoted bogus figures for government projects or items to be procured by the government. The Unit provided information that enabled the government benchmark prices. At that time, the Unit was headed by a Chartered Accountant with several decades experience to his credit.

When Dr. Olusegun Mimiko became Governor, realising that, the Unit helped government to save funds, he decentralised the Unit to three Senatorial Districts, each District headed by a Senior Special Assistant. There was no need for swearing in ceremony. PPMU was not an approving authority under previous administrations that Akeredolu copied this practice from.

When Mr. Governor realised that, there was no legal framework for the appointment of a DG for PPIMU, he had to resort to Executive Order to legitimise an illegality. Outside of its illegality, what will be the job of career civil servants in various ministries, some of whom parade professional certificates. They will now all be at the mercy of a young man who has never worked anywhere all his life.

This deliberate destruction of the civil service and humiliation of the top echelon of the political class is a time bomb that will consume the Akeredolu administration as a matter of course.

This series will continue shortly.

Kennedy Ikantu Peretei is the publicity secretary of the PDP in Ondo State.