Precision
Home News My Administration Would Be Merit-Driven – OAUSTECH VC 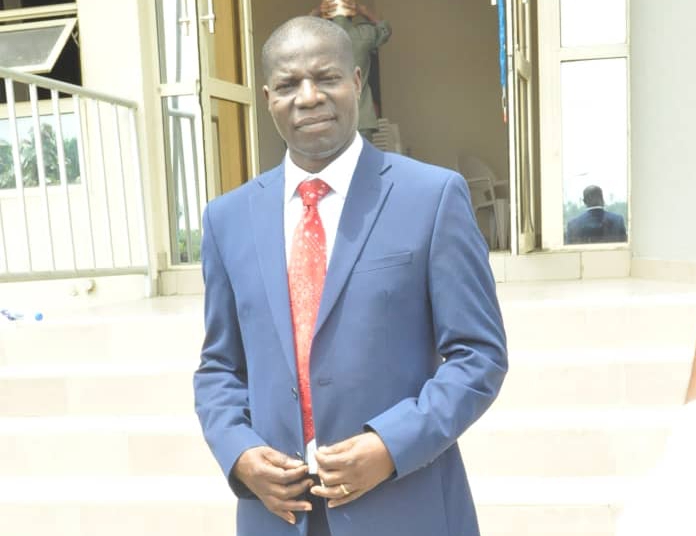 The new Vice-Chancellor of Olusegun Agagu University of Science and Technology (OAUSTECH), Okitipupa, Ondo State, Prof. Temi Emmanuel Ologunorisa, has appreciated the Visitor to the University and Governor of Ondo State, Arakunrin Oluwarotimi Odunayo Akeredulou, SAN, for appointing him on merit.

Ologunorisa gave the kudos during a brief reception organised to welcome him into the University as the fourth substantive head of the institution, as he assumed office on Wednesday, 23rd February, 2022, taking over from Prof. Sunday Robert Ogunduyile whose tenure of office expired on Tuesday, 22nd February, 2022.

“It is the first time I saw a Governor who believes in merit. I thank our Visitor for giving me this opportunity. I have attended a lot of interviews for the position of Vice-Chancellor and sometimes came first, but I was denied the opportunity because I have no connection,” OAUSTECH new helmsman revealed.

Ologunorisa also commended members of the University Governing Council under the leadership of Prof. Akinbo Adesomoju for their transparency and insistence on merit. “I never met Prof. Adesomoju nor any of his members, but they insisted on merit.”

Speaking further, the Vice-Chancellor stated that, with the glowing example set by the Visitor and the University Governing Council, he would run a merit-driven administration.

He stressed that he would want OAUSTECH to be a global player and one of the first top ten in Africa. “I’m not always comfortable or impressed hearing the best in South-West and the like,” he remarked.

According to the institution’s new chief administrator, the University would begin to access international grants and funds lying fallow abroad, leveraging on its potentials and the comparative advantage of its strategic location in the coastal area to tap into the blue economy, which is a new economy in the world for the development of the institution.

“We will run new courses in marine technology, oceanography, maritime transport and a host of others,” he assured.

In his speech, he stated that staff and students welfare would occupy paramount attention in his administration. He called on staff, students, unions and the host community to cooperate and work together with him, so as to take the University to enviable heights.

Ologunorisa, accompanied by friends, relations and eminent citizens from his home town to the event, thanked the staff and students, especially the Transition Committee chaired by the University Librarian, Prof. Fredrick Ajegbomogun for packaging a warm reception for him.

The Vice-Chancellor of OAUSTECH, Prof. Temi Emmanuel Ologunorisa impressed by the classical performance of the University troupe has promised to take them to Brazil, Caribbean and other places in the world to perform and showcase the University.

Ologunorisa made the pledge during the reception organized to usher him into the University on Wednesday, 23rd February, 2022 when he assumed office as the fourth substantive Vice-Chancellor of OAUSTECH.

He disclosed that he did not know that a university of science and technology could make such a heart-rending performance.