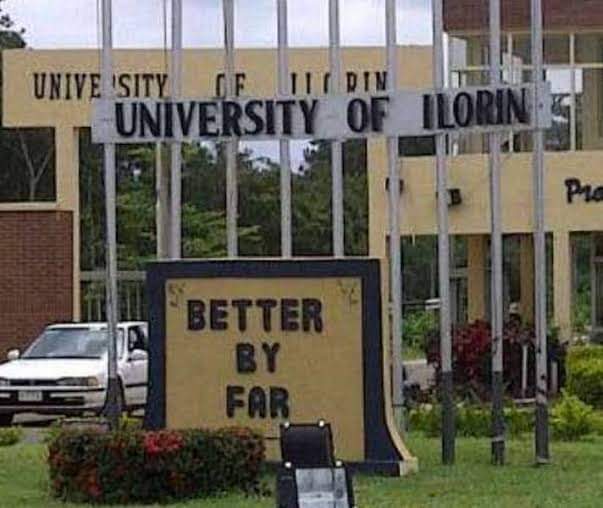 The National Executive Committee of the University of Ilorin Alumni Association has raised alarm over the purported plan by a particular group of past presidents of the association to hold a clandestine meeting to remove the serving executive of the association led by Dr S.O Fasakin through the backdoor.

In a statement released by the national publicity secretary of the current Alumni executive Yeye Bolanle Olatunde indicated that the purported meeting of the group is scheduled to hold on the 19th of February 2022 @ Savannah Hotel, Ilorin Kwara state.

Those involved in the hatchet job of truncating the tenure of the current executive of the association because of their ulterior motives include Prof. D.O Durosaro, Mr J J Olorunfemi, Mr Abdul Fatai Bello, Prof. Ishaq Oloyede and Prof. A.Y Abdulkareem while Prof. Jeleel O. Ojuade will serve as the secretary of the purported illegal meeting.

It would be recalled that this will not be the first time, the alleged group from Kwara state precisely would be having a sinister plot to sack the serving executive of the association through backdoor.

Since the inception of the present Alumni executive On the 7th of March, 2020, they have been going round to sack the serving executive and install their cronies and stooges through unconstitutional means.

The release also revealed that, the serving executive of the association led by Dr S O Fasakin has approached the kwara state high court with originating summons in suit No:KWS/66/2022 between Dr Stephen Fasakin & 6 Ors v. Prof. D.O Durosaro & 4 Ors and sought reliefs to bar and restrain among things the dissidents group from embarking on their ulterior motives as well as nefarious attitude to the current executive.

The current executive however warned the dissident group to respect the rule of law and desist from holding their purported illegal meeting having been served with court papers.

The current executive also filed an Ex parte motion which suppose to be handle initially by justice Oyinloye on the 18th of February, 2022 but reassigned to justice Akinpelumi.

Dr Fasakin led executive however called on the security operatives in kwara to stop the purported meeting of the rebel group to avert break down of law and oder in the university of Ilorin.

PRESS STATEMENT
It will be recalled that following the election of members of the present National Executive Committee of the University of Ilorin Alumni Association on the 7th of March 2020, ably led by Dr. S.O. FASAKIN , some elements in the Kwara chapter of the Association have been working round the clock to abruptly truncate the tenure of the Executive Committee and install their cronies through unconstitutional means. The latest in this illegal move, the plan by a group of past presidents of the Association comprising Prof. D.O. Durosaro, Mr J.J. Olorunfemi, Mr Abdul Fatai Bello, Prof. Is-haq Oloyede, and Prof A.Y. Abdulkareem . Prof Jeleel O. Ojuade as the secretary to hold an illegal and unconstitutional National Executive Council meeting on 19th February, 2022.Venue :Savannah Hotel ( Along Ajase ipo road) ilorin

Meanwhile, in order to stop these past presidents of University of Ilorin, Alumni Association led by Prof. D. O. Durosaro from convening the planned illegal and unconstitutional National Executive Council meeting, we, the members of the National Executive Committee have approached the High Court of Kwara State vide Originating Summons in suit No:KWS/66/2022 between Dr. Stephen Fasakin & 6 Ors v. Prof. D. O. Durosaro & 4 Ors. In the Originating Summons, we pray for the following reliefs. …..

We also filed Ex parte application and motion on notice seeking for Court’s order restraining the Respondents from convening the National Executive Council meeting scheduled to hold on the 19th February, 2022. Based on the information at our disposal, the case was initially assigned to Honourable Justice Oyinloye and same was slated for 18th February, 2022 for hearing of our applications.

However, after the court papers had been served on some of the parties including Prof Durosaro, the case was reassigned to Honourable Justice Akinpelu. I want to believe that Prof. Durosato will not proceed with the illegal Council meeting except he has no respect for the rule of law having been served with the processes. National Executive Committee of the University of Ilorin, Alumni Association hereby notifies all the statutory members of the National Executive Council to stay away from the unconstitutional meeting. While we are determined to follow the rules of law, we want to implore the law enforcement agencies to prevent breakdown of law and order and illegal meeting scheduled to hold on the 19th February, 2022 at Savannah hotel , Ilorin as we are unfazed to guide and protect the provisions of our Constitution with anything legally possible