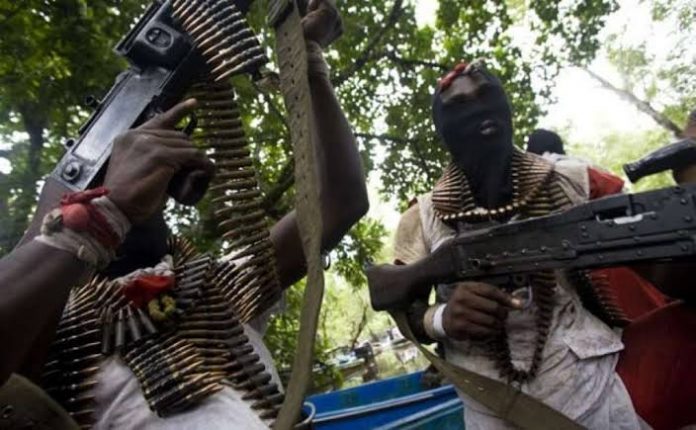 Though the identity of who was being buried could not be ascertained, it was gathered that the gunmen targeted mostly vigilante operatives who were at the funeral ceremony to provide security.

Information has it that the gunmen also went to Utuh community in the same council area and attacked an office used by vigilante operatives, setting it ablaze and abducting one person.

Though details of the attacks are still sketchy, the state police command’s spokesperson, DSP Toochukwu Ikenga, confirmed the incidents.

According to him, the Commissioner of Police, CP Echeng Echeng, has ordered a manhunt for the gunmen.

He said: “Operatives ordered to go against the gunmen include; Police Mobile Force, Counter Terrorist unit, Special forces and others. They are already in the area, and normalcy has been restored, while operations are still going on.

“Although no notification was given to the Police about the planned burial, but information reveals that the Vigilante groups were invited.

“Further details received showed that the miscreants arrived the ceremony and started shooting sporadically in attempt to disarm the vigilante operatives.

“In another development, the hoodlums also attacked Utuh Viligante office, abducted one of the staffs and set the Viligante Operation vehicle on fire.”

While urging residents of the area to help Police with information that will aid the ongoing operation, the state Police Command gave assurance that the police and other security agents are firm in providing security services in the state,

News Express reports that this is the second case of attack on a burial ceremony in Anambra in recent times.