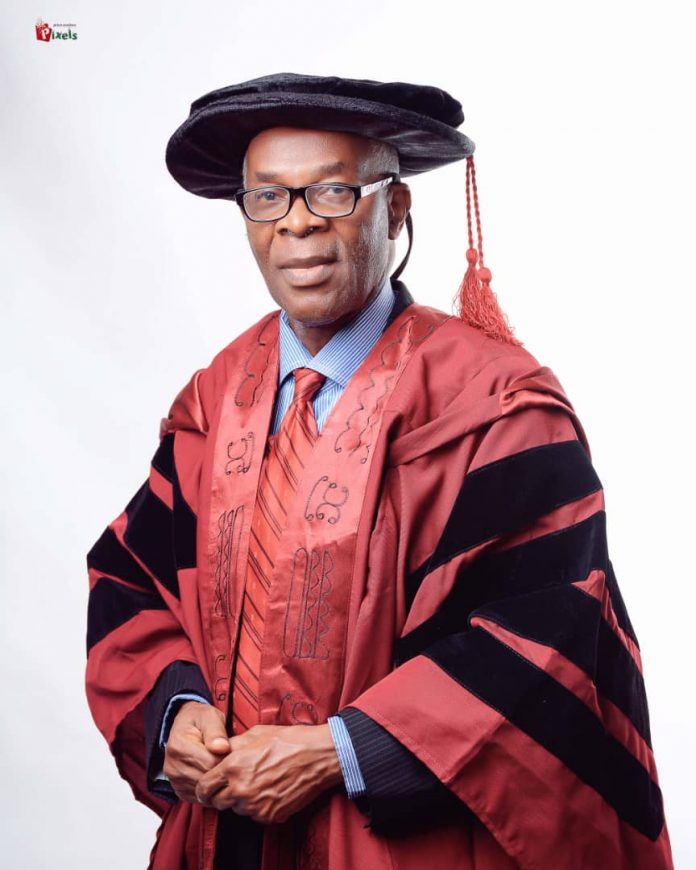 A renowned Professor of Haematology at the Obafemi Awolowo University (OAU), Prof. Muheez A. Durosinmi will on Thursday March 31, takes a bow of the University system with a valedictory lecture after 35 years in service.

The three-in- one event put together by the family , associates and the entire staff of Department of Haematology and Immunology OAU/OAUTHC lecture include the valedictory lecture, his 70th birthday and a book launch in his honour.

According to the organisers, the topic for the valedictory lecture is “Evolution of Treatment for Chronic Myelogenous Leukemia (CML) in Nigeria” and is slated to hold at Oduduwa Hall, OAU, Ile-Ife at 11am.

The reception and book launch to mark his 70th birthday, according to the planning committee , will hold immediately after the lecture at Ogunbanjo Hall at OAU Ile-Ife.

The three- in- one event expected to witness the large attendance of the academia and religious groups.

The valedictory lecture is expected to be chaired by the Vice Chancellor of the University, Prof. Eyitope Ogunbodede while the Reception shall be chaired by Prof. Abdulwahab Rotimi Johnson, a Professor of Paediatrics, University of Ilorin.

The Chief Launcher of the book entitled: “A Design Handbook of Haemato–Oncology Therapy for Medical Practitioners and Resident Doctors ” is Chief Muritala Ibrahim, a great businessman.

He had both his secondary school education at the Ansar-ud-deen College, Isolo, Lagos State and his Advanced Levels programmes at the Federal School of Science Onikan, Lagos before he proceeded to the premier University of Ibadan Medical School from 1973 to 1978 for his MBBS degree.

As a lecturer, Professor Durosinmi has tutored, mentored and positively imparted countless medical students and resident doctors over the years, some of whom are now Professors of Haematology.

He was the Dean, Faculty of Basic Medical Sciences (FBMS) between 2001 and 2005; Head of Haematology Department between 1990 and 1994 and the foundation Chairman of the Hospital Laboratory Revolving Fund Committee from 1987 and 1994.

As an activist, he was a former Vice President of the Academic Staff Union of Nigeria Universities (ASUU), OAU, Ile-Ife between 1991- 1995 as well as a Fellow of many professional and international organisations.

His dedication to cancer control in Nigeria was recognised in November 2015, when he was honoured with the maiden Christopher Kwesi Oladipupo Williams’ Award for Innovation in Cancer Care in Africa by the African Organization for Research and Training in Cancer (AORTIC) at its 10th International Conference on Cancer in Africa in Marrakech, Morocco.

Professor Durosinmi was the Foundation Vice-Chancellor (President) of the Eko University of Medicine and Health Sciences (EkoUNIMED), Ijanikin, Lagos State, from 9th January 2018 to January 2019.

As a Muslim, Professor Durosinmi is a member of the Islamic Medical Association of Nigeria (IMAN), the Association of Muslim Professionals (AMP), Chairman, Obafemi Awolowo University Muslim Community, Ile-Ife, 2007-2011, and he was also a member of the Central Working Committee of the Muslim Ummah of South-West Nigeria (MUSWEN).

He is married to Dr. Lateefah Moyosore Durosinmi, an Associate Professor of Chemistry, of the Chemistry Department, OAU, Ile-Ife and the union is blessed with children and grandchildren.

Professor Durosinmi has over 80 publications in peer-reviewed national and international journals to his credit.