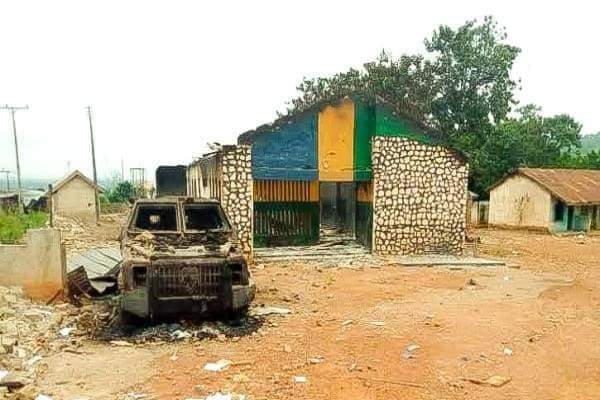 The attack which started around 3am lasted for hours which left the Villagers in panic mood.

A source explained that the sounds of the weapons were terrifying as police officers engaged the gunmen in a battle which left two policemen terribly injured.

“We didn’t sleep last night. The sounds of the weapons were terrifying. While many ran into the bushes others took cover in their houses. You know the police Divisional headquarters is situated on Owerri- Umuahia express Road.

“Police Officers engaged the gunmen and the situation became more terrible. It was as if the world was coming to an end. It was a consistent exchange of gunshots. We haven’t seen this one before. Two policemen were terribly injured and had been rushed to an undisclosed hospital.”

He added that the cause of the battle was because the gunmen were refused by the policemen on duty as such fireworks was intense.

However the gunmen were repelled as they could not gain access into the premises of the police station.

Meanwhile, the police spokesperson for the Command, Michael Abattam, confirmed the incident maintaining that no life was lost.