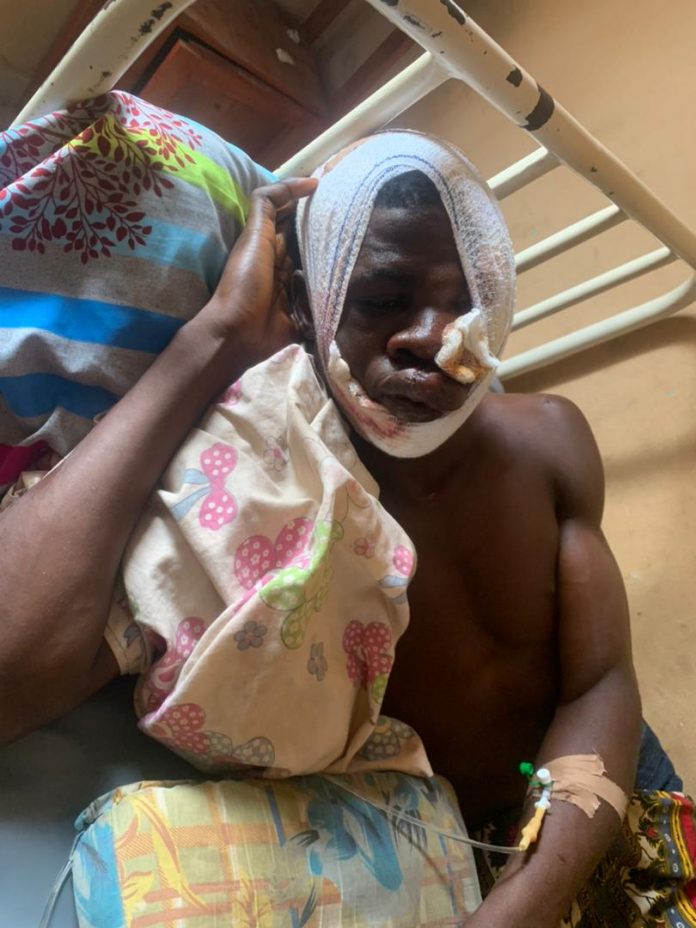 An Okada rider has been hospitalised after he was hit by a J5 Bus driver on Monday along Ikare-Ugbe-Akunu road.

The accident caused the Okada rider by name Dele Aro serious injuries and now unconscious in a private hospital in Ikare.

The J5 vehicle, a commercial bus loaded with palm oil, banana and fruits took off from Akungba Akoko heading to the north when the accident occurred on Monday evening.

Eye witness account said when the Bus driver hit Mr Aro, he zoomed off and was immediately chased by some Okada riders up to Akunu Akoko where he jumped out and ran to the bush.

The vehicle was later retrieved and brought to Ikare Akoko police headquarters.

The divisional police officer for Ikare, SP Akindutire Akinwande confirmed the incident saying the driver was still at large.