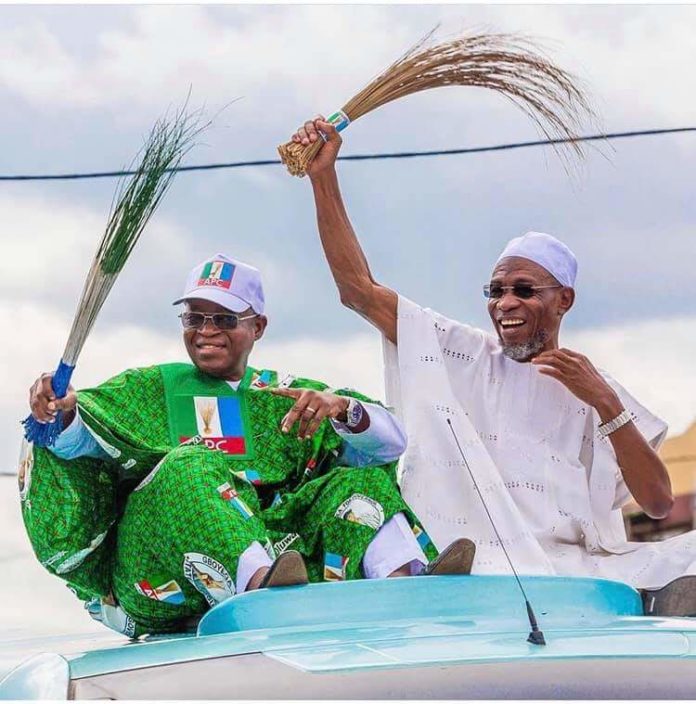 Now that there are political enemies within and outside Osun State APC against the second term of governor Isiaka Gboyega Oyetola. First APC has divided against itself, we have loyalist to the former governor, governor Rauf Adesoji Aragbesola called “The Osun Progressive” (TOP) and another group loyal to governor Isiaka Gboyega Oyetola called “Ileri-Oluwa”.

The house divided against itself, people says it cannot stand. Igbo people of this country equally say that where two brothers are fighting over an inheritance, strangers will benefit. These sayings corroborate the scenario in Osun State as the APC is divided against itself and both at the state and National level make lives difficult for people of the state and nation at large.

With the development of the state level and Nationwide hardship, it has made people’s love for the candidate of People Democratic Party, Senator Nurudeen Ademola Adeleke stronger day by day. Majority chant his praises, motorists to market women, Students to civil servants, both old and young prefer him to win the coming election in Osun State.

Another enemies of governor Oyetola’s second term bid are the civil servants and pensioners who are not treated well. They don’t have rapid promotion during APC government and political office holders are buying cars, building houses while those doing the work are suffering. Pensioners too are not treated fairly. Again, youths which majority of them are Students and graduates of various universities, polytechnics and colleges of education. The Students are suffering from the government not responding to the needs of their lecturers which always prolonged their years in the university and other institutions. The graduates equally graduated but jobless, all these people will prefer a better party and Candidate who can solve their problems.

With experience people have with APC government since 2010, they are now asking this question that “what is the faith of governor Isiaka Gboyega Oyetola Second term”.

Awofadeju, PhD is a PDP chieftain. He writes from Osogbo, Osun state.