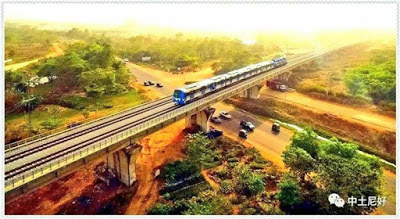 The Kaduna State Emergency Management Agency says efforts are being made to determine those missing from the recent attack on the Abuja-Kaduna rail line.

Samuel Aruwan, the state’s Commissioner for Internal Security and Home Affairs, had earlier reported that the manifest showed that 398 people bought tickets for the trip but 362 of these passengers were validated as having boarded the train through the gate.

The Commissioner’s report was in contrast to reports that more than 900 people boarded the train before it was attacked on Monday leading to about nine deaths and several injuries.

While many of the passengers are still unaccounted for, the Executive Secretary of the agency, Muhammed Mukaddas, told Channels Television’s Sunrise Daily that there are concerted efforts to identify those missing following the attack.

“As I did mentioned earlier on, we have received up to 108 calls from people calling to know the whereabouts of their family members,” he said during the breakfast show.

“We have been able to cross-match only nine of the names provided by the callers with what is validated on the manifest. So, we are still on the process of trying to determine who is missing from the data that we have. ”

Mukaddas also rued the impact of fake news, insisting “the official data we have received from the Nigeria Railway Corporation (NRC) that has been validated is 390 and 360”.