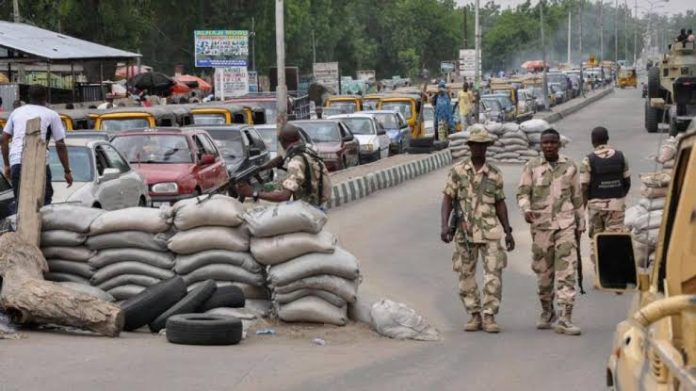 As soldiers returned to checkpoints on highways in Ondo State, residents of Akoko region an area with many border towns that had recorded a number of crimes ranging from kidnapping to farmers herders clashes, have expressed happiness over the development.

The presence of the Soldiers was confirmed by our correspondent, who reported their presence at a point very close to Oba in Akoko southwest local government, Ikare, Ajowa, Akunu and Isua.

The Regent of Igasi Akoko, Princess Mojirade Ipinlaye, described the development as a welcome decision between the state government and the military authority.

She appealed for a checkpoint at Igasi-Eriti axis which shared border with Omuo Oke and Kogi state.

Ipinlaye said the recent kidnapping of a cassava farmer at Igasi Akoko that led to many farmers abandoning their farm, called for security presence in addition to local vigilante groups.

Omola specifically gave commendation to the Ikare police area command under the leadership of an assistant Commissioner of Police, ACP Muri Agboola who led his men to comb the volatile forests in Ajowa, Akunu Auga and Ise while Amotekun corps were also fantastic as they rescued travellers along Idoani-Ifira Akoko axis recently.

The people called on Akoko towns and villages that haven’t constituted their local security outfits to do so as a matter of priority.