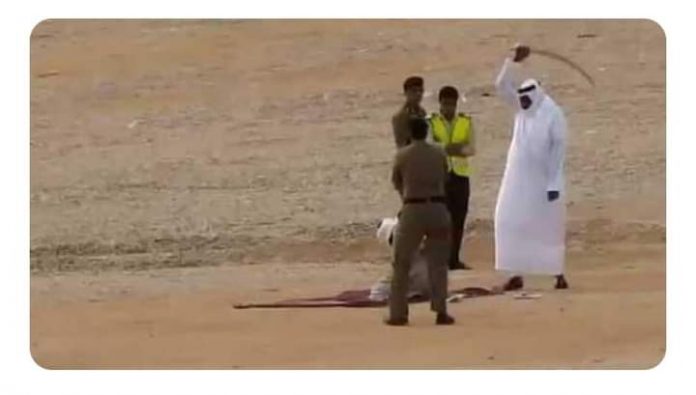 Saudi Arabia says it executed a record 81 people on Saturday in one day for a variety of terrorism-related offences.

The new figure exceeded the total number of people sentenced to death in total last year.

All had been “found guilty of committing multiple heinous crimes”, the official Saudi Press Agency (SPA) reported, saying they included convicts linked to the Islamic State group, or to Al-Qaeda, Yemen’s Huthi rebel forces or “other terrorist organisations”.

Those executed had been plotting attacks in the kingdom — including killing “a large number” of civilians and members of the security forces, the SPA statement read.

“They also include convictions for targeting government personnel and vital economic sites, the killing of law enforcement officers and maiming their bodies, and planting land mines to target police vehicles,” the SPA said.

“The convictions include crimes of kidnapping, torture, rape, smuggling arms and bombs into the kingdom,” it added.

Of the 81 people executed, Saudi’s highest number of recorded executions in one day, 73 were Saudi citizens, seven were Yemeni and one was a Syrian national.

SPA said all those executed were tried in Saudi courts, with trials overseen by 13 judges, held over three separate stages for each individual.

“The kingdom will continue to take a strict and unwavering stance against terrorism and extremist ideologies that threaten stability,” the report by SPA added.

The wealthy Gulf country has one of the world’s highest execution rates, and has often carried out previous death sentences by beheading.

Record number of executions
Saudi has been the target of a series of deadly shootings and bombings since late 2014 carried out by Islamic State group fighters.

Saudi Arabia is also leading a military coalition that has been fighting in Yemen since 2015 to support the government against Iran-backed Huthi rebels, and who have launched strikes in return on the kingdom.

Saturday’s announcement of 81 deaths marks more than the total of 69 executions in all of 2021.

Around 50 countries worldwide continue to use the death penalty.

In 2020, 88 percent of all 483 reported executions took place in just four countries: Iran, with 246, followed by Egypt with 107, Iraq with 45, and then Saudi Arabia, who carried out 27 that year, according to Amnesty International.

The executions on Saturday were announced a day after the release of Saudi blogger and human rights activist Raif Badawi, who had been sentenced to 1,000 lashes and 10 years’ prison on charges of insulting Islam.

But Badawi, who received only 50 lashes before the punishment was halted following global condemnation, is now subject to a 10-year travel ban, officials confirmed to AFP on Saturday.

It means the 38-year-old is unable to rejoin his wife Ensaf Haidar and their three children in Canada, where they fled following his arrest.