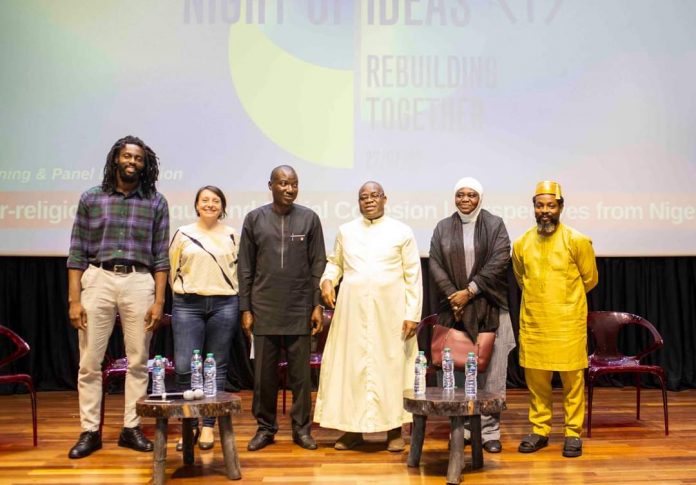 A Professor of History at Osun State University, Professor Olukoya Ogen, FHSN, has blamed poverty, parental as well as leadership failure for the escalation of religious tension in the country.

Ogen, an ex provost of Adeyemi College of Education, stated this at the 4th edition of the NIGHT OF IDEAS roundtable organized by the French Institute for Research in Africa (IFRA-Nigeria) in collaboration with Alliance Française and the French Embassy in Nigeria under the theme ‘(Re) building Together: Inter-religious Dialogue and Social Cohesion, Perspectives from Nigeria’, held at the Alliance Française, Mike Adenuga Centre, Ikoyi, Lagos on Thursday, January 27, 2022,

The UNIOSUN don started off by discussing the international collaborative research work on religious interactions in southwest Yorubaland which was carried out by a team of researchers drawn from the University of Birmingham and Osun State University.

He explained how the connection between African Traditional Religion, Islam and Christianity has been a defining feature of African identity as he condemned the perpetuation of poverty and the manipulation of religious identities by Nigeria’s political and religious elite for their selfish socio-political and economic interests.

The French Ambassador to Nigeria, Her Excellency Emmanuelle Blatmann gave the Opening Address and declared the roundtable open while Dr. Cyrielle Maingraud Martinaud and Dr Philip Olayoku served as moderators.

Father Cornelius Omonokhua, the Executive Secretary of the Nigeria Inter-religious Council (NIREC) and Khadijah Hawaja Gambo, Founder of Muslim Women Peace and Permanent Commissioner, Kaduna State Peace Commission also spoke on the causes of religious crises in Nigeria and how inter-religious harmony and social cohesion can be promoted in the country.

Editor’s note: Ogen stands third left in the picture use for story.