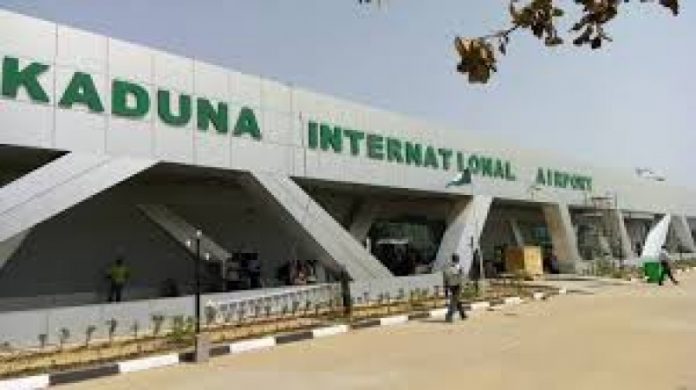 The Kaduna State Government has confirmed the terrorists attack on the Kaduna International Airport on Saturday.

The terrorists numbering over 200 took over the airport thereby preventing the take-off of an aircraft.

They also shot and killed a security official attached to the Nigerian Airspace Management Agency, which forced workers at the airport to flee.

“The bandits’ attack started around 12am (Saturday). They started attacking the airport around midnight. The bandits alleged that the military personnel took away their cattle.

“The military was able to repel them that midnight and we thought that was all. In fact, our staff resumed work this morning as usual. They worked around the runway from 5am till around 12pm,” a source said.

Aruwan said that airport operations resumed with scheduled flights after the incident, noting, however, that the bandits “unfortunately shot and killed a staff” during the incident.

As of the time of filing this report, he said, security operatives were still conducting an operation at the airport general areas.

The commissioner said, “Security forces have reported that an attack by armed bandits was repelled in the vicinity of the Kaduna International Airport.

“Troops stationed within and around the airport responded and repelled the attackers.

“However, the bandits, unfortunately, shot and killed a staff member stationed at the perimeter fence who raised alarm on sighting them.

“Airport operations resumed with scheduled flights departing after the incident.

“Security forces are conducting operations in the airport general area. Further updates will be communicated to the public.”

Aruwan quoted Governor Nasir el-Rufai to have hailed the troops for their prompt response in repelling the attackers.

He said, “Governor Nasir El-Rufa’i commended the security forces for their prompt response to the attack, and for repelling the attackers.

“He expressed sadness at the report of the casualty, and sent condolences to the family of the victim, while offering prayers for the repose of his soul,” Aruwan said.