Precision
Home News Why You Should Participate In Elections, Ensure Credible Leadership – Ahmad To... 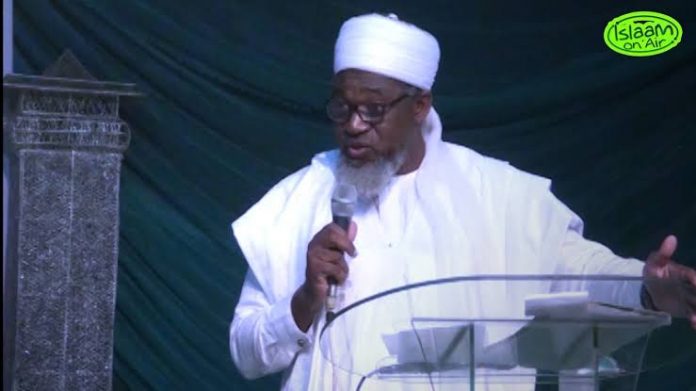 Sheikh Abdur-Rahman Ahmad, the Chief Missioner, Ansar-ud-Deen Society of Nigeria has advised Muslims in Nigeria to participate fully in the electoral process and ensure the emergence of credible leaders in the 2023 General Election.

Speaking on the theme: “2023 and Beyond: The Role of Muslims in Ensuring a Credible Leadership for Nigeria”, Ahmad noted that Allah will ask Muslims the various role played in ensuring credible election ad well as leadership in the country.

According to him, the topic on the 2023 Elections is timely and concise in an age where everything is outsourced.

He described credible leaders as people to be trusted, wise, reasonable, truthful and honest.

The Islamic scholar said that a credible leader may not necessarily be popular but takes the best decision for the benefit of the people.

He noted that the entire existence of a Muslim should be for the striving on the path of Allah and upholding His tenets and laws.

Ahmad observed that humans by nature are hedonistic; engaged in the pursuit of pleasure and sensually self-indulgent, adding that Allah has however warned humans that that they will face trials and tribulations along the way.

He explained that Islam has enjoined that the totality of actions of humans must be strictly by the dictates of Allah including governance as only Allah is the Law-Giver.

“Humans make laws that are imperfect and inconsistent. Democracy ensures that power is placed in the hands of humans even though humans are fallible, ” he said.

The Chief Missioner of Ansar-ud-Deen however observed that Muslims must recognise the importance of Allah in everything they do and that if anyone sees evil being committed, he must try and change it with his hands, or his mouth or reject it in his hearts.

Earlier, Alhaji Abdul-Fattah Olanlege, the UNIFEMGA National President said the Muslims are described by Allah as a nation that should be commanding towards goodness and forbid evil.

“Even though leaders are a reflection of people they lead, however if any good is to be attained in the society, it starts with leadership,” he said.

He observed that as the military is making progress against the bandits in the north, kidnapping and ritual killings across the country have escalated to become the new menace.

Olanlege lamented that able bodied young men and women are now involved in kidnapping, killing and act of terrorism which Allah frowns at.

“All in the name of getting rich quick. Our society’s love for money is without any measures as parents do not question where their wards get money for expensive phones and cars, and even religious leaders are not left out, ” he said.

Olanlege added that Allah has warned that He will not change the condition of a people until they change what is in their hearts.

The UNIFEMGA National President encouraged the use of hijab for Muslim school girls, adding that it is a commandment from Allah that matured females should cover up.

Highlights of the event includes honourary awards to 29 members of UNIFEMGA for their achivement and contribution to the mission and vision of the association .