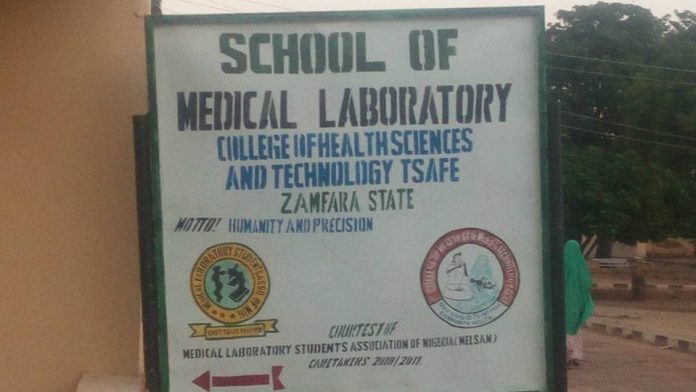 Four abducted students of College of Health Science and Technology in Tsafe area of Zamfara state have regained their freedom.

It would be recalled that Five female students of the college were abducted, when Terrorists invaded a private hostel situated outside the school campus, on Wednesday.

One of the victims, however, escaped while they were being taken away.

Police spokesperson in the State, Mohammed Shehu, on Friday, said the four abducted students have been released.

He was, however, silent on whether ransom was paid to secure the release of the students.

“It is true, the four abducted students have regained their freedom, medically checked, debriefed by the police and reunited with their families,” he said.

“We are not aware of any ransom paid.”

Recently, schools have become soft targets for gunmen — with many students especially in the northern part of the country abducted.

Some of the abducted students were later released by the bandits after negotiations.

As part of efforts to curb the menace, schools were closed down in some of the affected states.

On Thursday, United Nations Children’s Fund (UNICEF) said security challenges in the country have affected the education of 1.3 million children in less than two years.

The UN body added that since December 2020, a total of 11,536 schools have been closed owing to abductions and security concerns. (Additional report from TheCable)