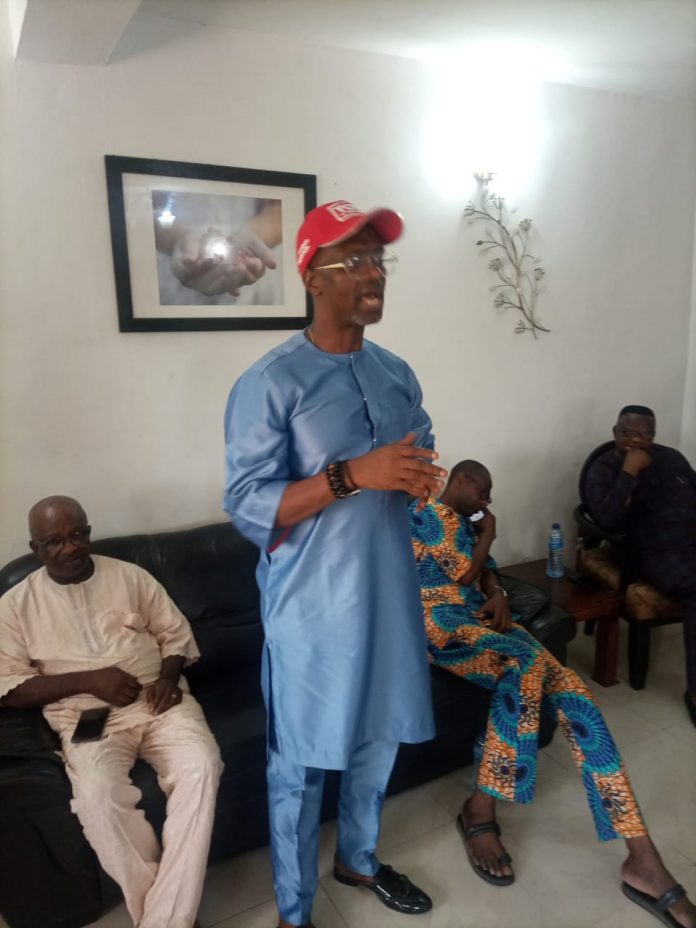 The Elder Caucus of the Peoples Democratic Party in Owo local government area has pledged their support for the Senatorial ambition of Akogun Adetokunbo Modupe at the forthcoming primary election coming up in May this year.

At the consultative meeting held at the weekend at the residence of Dr Alaba Lad-Ojomo chaired by Dr Adewunmi Abitoye, a former Minister of State, Education with other Elders of the party in the local government in attendance, they agreed to adopt Akogun Modupe as the sole candidate for the ticket of the party.

Speaking on behalf of the Elders, Architect Sodiq Obanogen said Akogun as a leader, has contributed immensely to the rebuilding of the party in the state and at the national level when others abandoned it, therefore can be trusted to fly the flag of the party.

He thanked the leaders of the party in the four Akoko local governments that were part of his entourage for their support towards the ambition of their son, and assured them that Akogun will not disappoint them if he emerges as the Senator representing the district at the National Assembly.

Chief Kunle Ijalana was of the opinion that since other local governments in the District has endorsed his candidacy, Owo should do same. He therefore appealed to the Leaders to go home and inform their followers of their decision.

A prayer session was led by Arc Sodiq Obanogen and Dr Supo Ijabadeniyi for a successful outings at the primary election and the general election.

An elated Akogun who was awed by the support of the Leaders said that he will carry the confidence that has been entrusted on him with determination and focus. He promised not to disappoint them if elected to represent the district at the 10th National Assembly.

He said from his antecedents as a party man, he has always respected the structure of the party, and will continue to uphold her tenets at all times.

Furthermore, he said he will consult regularly with the elders across the Senatorial District and also uses his office to create opportunities for the benefit of all.

Earlier, Akogun Tokunbo Modupe and his team had visited the the Local Government Executives at the party Secretariat opposite Oba Olateru-Olagbegi civic centre, thereafter met with the statutory delegates to solicit their support at the forthcoming primary election of the party.