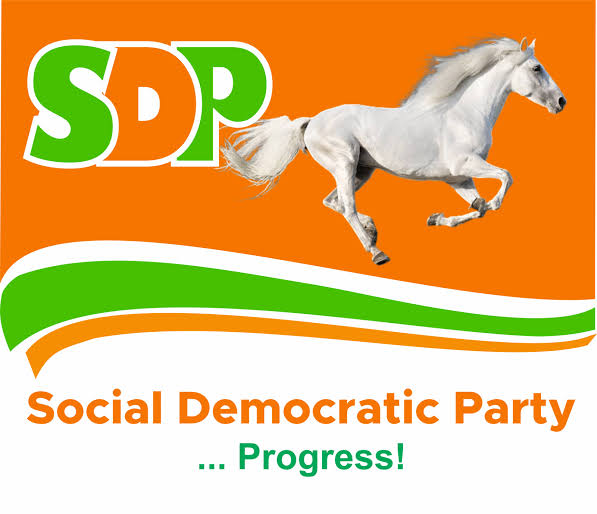 The attention of the Social Democratic Party’s Ondo Chapter has been drawn to elaborately false claims ascribed to an expelled member of the party, Sola Agboola, on May 5, 2022, with the title “Do not purchase expression, nomination forms yet SDP warn aspirants.”

Ondo SDP does not normally respond publicly to comments attributed to non-members, but given the sensitivity of the issue, we believe that the false comment described above requires a response, not only to clarify the facts, but also to demonstrate that Sola Agboola and his associates’ constant attacks on the character of our National Secretary and the integrity of our great party are unfounded, in bad faith, and obviously libelous.

In addition, one of the generally accepted precepts of the African society is deep respect for elders. This precept, in Yoruba land, is over stretched to the extent of not replying or correcting an elderly person, even if the elderly person is patently in error. This is why we nearly succumbed to the urge to ignore the expelled former Secretary of SDP in Ondo State, and the nonexistent South West SDP Stakeholders referenced in the news release.

However, after further consideration, we came to the conclusion that when the issue at hand is not personal, but rather one of party interest, it is incumbent upon any concerned and informed party leaders in Ondo State to set the record straight for the sake of posterity and for the benefit of our teeming members and well-meaning Nigerians who are looking forward to riding the horse of our great party to victory in 2023 general election. This is especially true because Sola Agboola did not speak as a party leader as he has been expelled for three years and has subsequently thrown caution to the wind by persistently insulting, slandering, and degrading the person of highly revered National Secretary, Dr. Olu Agunloye, who has declined to react to him.

Unfortunately, Sola Agboola went too far in his attack on our respected National Secretary’s personality in his press release yesterday, attempting to ruin the Social Democratic Party’s name and integrity on the altar of politics. His disrespect for elders and institutions trumped his sense of etiquette. While we could have ignored Agboola and written off his current remark as a footnote in the history of a dubious political con artist, we felt obligated to respond because of the falsehoods it contained.

First, the general public should take note that, while serving as the party’s secretary in Ondo State, Sola Agboola was expelled from the office in February 2019 by the Ondo State Working Committee owing to his unrelenting false accusations and attack on the National Leadership of the party. In his letter, the State Chairman at the time, Chief Korede Duyile, was quoted to have said in his correspondence with the National Chairman on the 8th October, 2019, that he was highly involved in spurious and unfounded allegations promoting and aiding the problems that have not existed and with personal ambition found to be overriding the corporate existence and good of the party in Ondo State. It is clear from this that the terrible reputation of this infamous and notorious man with a loose tongue and his clannish myopic world view is well established.

Second, there was no South West SDP Stakeholders gathering in Ibadan as the fake narrative falsely claimed. The so-called meeting was little more than a gathering of five jobless elders looking for a meal and cold beer. These elders assumed seeming role of devious hatchet men with detestable plot to bring Dr. Olu Agunloyes honesty and personality into question. They are so blinded by their subversive, underground, and dishonourable scheme and hatred for our National Secretary that they don’t care if the SDP institution is destroyed in the process. Their whimsical focus on the National Secretary and the wicked analogy they paint in SDP was to forcefully drive home their plot with the intent to give a dog a bad name in order to hang it. They have no shame.

Agboola has continued to engage in behaviours and activities that are considered acts of indiscipline in the framework of the Party since their leopard cannot change its spots. As a result, the press statement comes as no surprise to us, as Agboola’s gaffe yesterday is a continuation of his useless and sterile efforts to denigrate the constitutionally created office of our great party’s National Secretary and the illustrious Ondo man who currently holds the position. This has always been one of his favourite techniques, and now that he is upset by our party’s apparent development under Agunloye’s leadership despite his efforts to ruin the man’s name, it is expected that he will continue down the path of infamy and perfidy.

Our National Secretary, Dr. Olu Agunloye, as a thoroughbred and cultured leader, has refrained from joining issues with a disgraced man who has already dragged himself into political mud. His reckless and baseless allegations levelled against our highly respected National Secretary is unfortunate and an insult to our Leaders hard-earned reputation which he has strongly maintained. It is on record that in all the primaries conducted under his watch while serving as the National Chairman, Dr. Agunloye has strived to ensure a free, fair, transparent and credible process. As a two-time former Minister of the Federal Republic of Nigeria, his age and achievements in the Nigerian politics and other walks of life set him out as a distinguished citizen of this great country.

As the 2023 general election approaches, Agboola and his cohorts have grown afraid, resentful, and envious of Dr. Olu Agunloye’s successes, current acceptance, and the SDP’s daily rising reputation.

All right-thinking Democrats should wonder why someone claiming to be a member of the SDP would tell hopefuls not to fly the party’s flag. The party has never been more united than it is now, as new members join in significant numbers on a daily basis.

Nigerians are beginning to regard the SDP as a viable option to the two major political parties that have ruled the country since 1999. We therefore, take strong exceptions to the false innuendo being passed around by expelled members of our party.

We also enjoin the media to always carry out more findings before embarking on any publications. In as much as the false reports being published on SDP daily are not deserving of a response or dignified by explanation, the impervious malfeasance of some men of the press to publish without investigation has the capacity to create an uninformed perception and thought, hence the need for an avoidable recipe. We urge the press to act as a communal arbiter rather than a driver for escalating conflicts and spreading misleading information.

The SDP state leadership remains united and solidly committed to the task of building the party as a viable choice for the people in the state seeking an alternative to the APC and PDP misrule. We further make it clear that the accusation of tyrannical leadership leveled by Dr. Olu Agunloyes traducers are mere fabrications intended to smear and taint our noble leader and should be disregarded entirely.

Meanwhile, The Ondo State chapter of the Social Democratic Party (SDP) in another statement had on Thursday raised the alarm over the alleged impersonation of its Chairman, Prince Dele Ogunbameru, by one Stephen Adewale.

The party described Adewale as an “impostor”, with the “sole aim at causing confusion and distabilising the party in the state.”

The party raised the alarm in a letter to the National Chairman, Alhaji Musa Gabam, which was jointly signed by Prince Dele Ogunbameru and Mr Femi Akinmurele, State Chairman and Secretary, respectively.

A copy of the letter made available to newsmen in Akure read: “We wish to draw the attention of the national chairman to the existence of one Stephen Adewale, who is an impostor, parading himself as the party chairman in Ondo state.

“It was claimed that he emerged as the state chairman at a purported congress held in Ondo State on the April 9, 2022 and this unfortunately has caused huge crisis and confusion withing the state.”

The party, while claiming that the State Executive Committee(SEC) was yet to conduct the State Congress, explained that it was the duty of the SEC to execute the conduct of such congress.

“It is the duty of the SEC to decide on the date, time and venue of a State Congress subject to Section 14.1 of the constitution of SDP.

“There shall be a State Executive Committee of the party, and shall be the principal Executing organ of the State Congress. If there was a Congress, it couldn’t have been without it being executed by the SEC.

“It is therefore clear that the purported congress the said Stephen Adewale is laying claim to is aimed at causing confusion in the state to distabilise the party.

“Information reaching us shows that a former National Chairman is the brain behind the activities of this impostor.

“So, Adewale is not known at any level of the party in the state and is not known by any member of the SEC even up till now, nobody knows whether he is tall or short, fair or dark in completion.

“The other information we heard of him is that he is a staff of one of our presidential aspirants.

“So, we call on your prestigious office to pragmatically intervene in the matter and stop the impostor from impersonating the state chairman,” it said.

The party also said that it had ratified the suspension of its former National Chairman, Dr Olu Agunloye, by his ward in Akoko North-West Local Government area of the state for alleged anti-party activities.

“We also wish to remind you that since Dr Agunloye has been duly suspended, he cannot occupy any position in the party as long as his suspension subsist for the interest of the growth of the party.

“Agunloye claimed that he swapped his position with yours because a presidential candidate is coming from the South is not known to the party’s constitution, besides we did not agree on zoning in the last National Executive Council (NEC) meeting where we invited four aspirants of which one is from the North.

“If the presidential candidate is coming from the South, all the current position in the National Working Committee (NWC) from the South will move to the North and vice versa.

“It is positions that will move, to be filled by interested members at the convention, and not an embattled National Chairman swapping with the National Secretary in the most unconstitutional manner,” the party said.

The party, therefore, said that the chapter would hold its state congress on Friday, May 13, 2022 in compliance with the party’s constitution and the decision of NEC.

“We do hope to enjoy your gracious support and cooperation in the conduct of the coming congresses in Ondo state,” it said. (NAN)