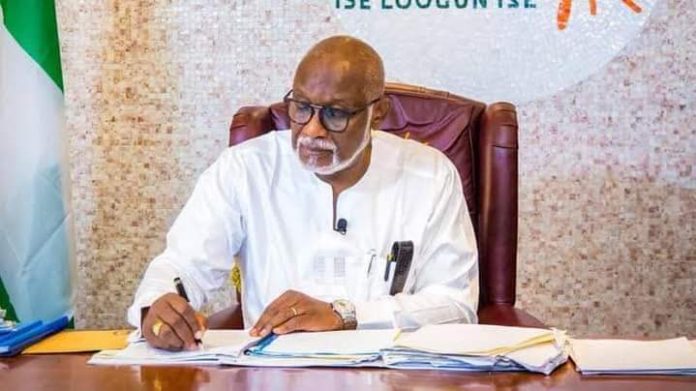 The Ondo State Governor, Oluwarotimi Akeredolu, on Thursday, 5th of May, 2022, officially signed a memorandum of understanding, paving way for the Catholic Mission in the State to take over Four schools, that were initially established by them.

The State Commissioner for Justice and Attorney General, Titiloye Charles confirmed the development in a post on his Facebook profile on Thursday.

In a related development, admission form into Aquinas College Akure for the 2022/2023 academic session has commenced.

In a flyer obtained by Precision Online Newspaper via the Facebook profile of one Akinrodoye Oluwashina, the new management of the school, Catholic Diocese of Ondo, pegged the price of admission form at N2000.

It would be recalled that the Muslim Community in Ondo State, had in April, 2022 during a press conference rejected the move by the State Government to return some public schools to missionaries.

The Muslim Community had threatened to approach the court if such decision is taking by the Government.

Also, the Chief Imam of Akure, Alhaji AbdulHakeem Akorede in his Sallah message on Monday, May 2, 2022, at the Akure Eid Praying ground, said reactions from parents in the State, do not support the return of schools to missionaries.

Alhaji Akorede added that Government should take a survey on the matter from parents, and it would find out that the move to return schools to the missionaries is an unpopular step.