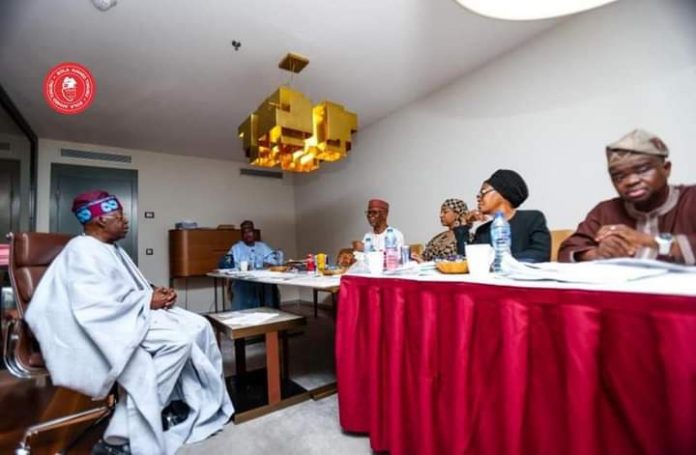 The screening exercise scheduled for two days, Monday and Tuesday, holds at the Transcorp Hilton, Abuja.

Mr Tinubu, who is facing a petition over his education qualification, arrived at the venue with the governor of Lagos State, Babajide Sanwo-Olu, Chiarman House Committee on Finance, James Faleke and others.

In a video posted on social media, Mr Tinubu explained how his government invested in ECONET, a mobile telecommunication company now known as Airtel.

He promised to establish commodity exchange board and fix the power sector.

Speaking to journalists after his screening, Mr Bakare said he will respect the decision of the party if asked to step down.

“The party supremacy is the utmost essence. You cannot force your way through a party’s structure. The party has the final say. And when we get to that bridge, we will know how to cross it,” Mr Bakare said.

Ms Ken-Ohaneye, the only female aspirant, also said she will respect the decision of the party if asked to step down.

“I want you to know that we are a family politically, and if I am asked by the party to step down, I will not challenge the party because like they say charity begins at home,” she said.

The committee will resume the screening on Tuesday.

All cleared aspirants are to battle for the ticket of the party on June 6.