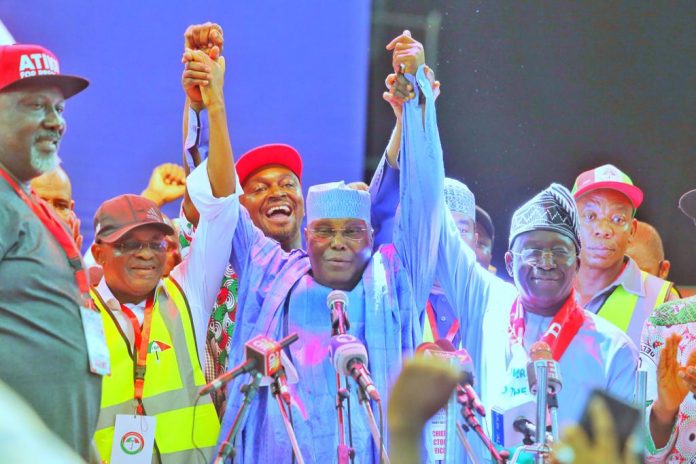 Alhaji Atiku Abubakar, winner of the PDP presidential primary election held at the weekend has received his certificate of return.

Atiku was handed the certificate on Wednesday at the party’s headquarters in Abuja by the national working committee (NWC) of the party.

The former vice-president polled 371 votes to clinch the party’s ticket. He will represent the party in the 2023 elections.

Wike, his closest challenger, got 237 votes, while Saraki came third with 70 votes, followed by Udom Emmanuel with 38 votes.

Speaking before the certificate of return was issued to Atiku, Iyorchia Ayu, national chairman of the PDP, described the former vice-president as “the man of today and tomorrow”, adding that he is Nigeria’s next president.

He said there is no victor and loser in the contest, and that it is the party that won.

In his remarks, Atiku commended the party for being impartial in the conduct of the presidential primary election.

He said the party members must work together to win the 2023 presidency.