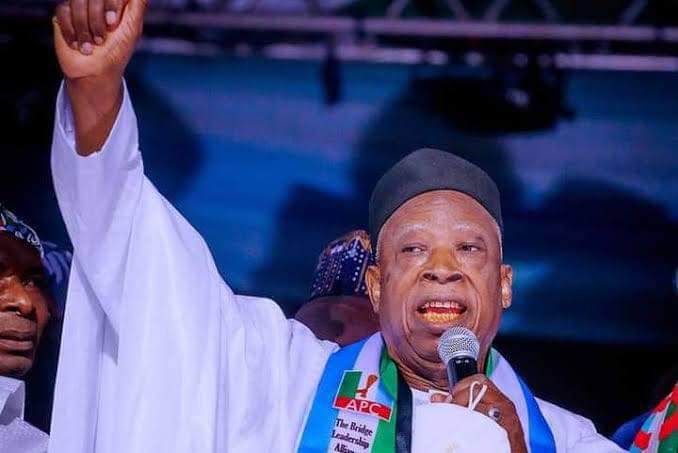 The All Progressives Congress (APC) has remained divided on the zoning of its presidential ticket, just as it continues to ponder the option of reopening the sale of forms.

The party is billed to hold its rescheduled presidential primaries on Monday, June 6, to pick a candidate that would match the political weight of Atiku Abubakar, who is the candidate of the PDP.

The current state of play in the APC, has been further compounded by the differing positions of its stakeholders on the zoning palaver, a development, which has seen some governors insisting on going south for balancing, while the National Chairman of the party, Senator Abdulahi Adamu, in cahoots with a few others, would rather go north, for political expediency.

Interestingly, the development, has pushed the party leadership to consider the reopening of sales of Expression of Interest and Nomination forms to more members by way of broadening its choices for a suitable presidential candidate, that would secure the confidence of the people and lead the party to victory.

Already, two persons being encouraged to join the race, are the Governor of Kaduna State, Mallam Nasir El-Rufai and his Borno State counterpart, Professor Babagana Zulum, even though the later has since dismissed the idea of looking at other possibilities in 2023, except returning to Borno to finish off what he has started.

The APC was first thrown into confusion, when Atiku emerged candidate of the PDP at a keenly contested presidential primaries in Abuja, a situation, which completely unsettled the thinking and extrapolations in the ruling party.

Unfortunately, the confusion was further accentuated on Monday, when President Muhammadu Buhari, at a meeting with the 22 governors of the party and Adamu, pleaded with the stakeholders to let him choose his successor as a sign of reciprocity.

Buhari, in a two-page speech, reminded the governors that, while those governors, who just served their first terms, had a field day securing their tickets to return to office, the outgoing ones, after serving out their constitutional two terms of eight years, also had the privileges to choose their successors.

He, therefore, enjoined them all to let him too enjoy same privileges through “reciprocity” of similar action, to choose his successor at the proposed June 6 presidential primaries.

By implication, the president has ruled out the possibility of an elective convention but a consensus option that would allow him choose his proffered candidate, who would be affirmed on Monday, at the Eagle Square, in Abuja.

But since this new thinking was thrown into the mix by the president, the leadership of the party, including the governors, as major stakeholders, have started pondering the options open to them and particularly, lead them to victory.

Thus, while some of the governors insist that it would remain indefensible to go north, since Buhari, a northerner, would be serving out eight years in 2023, others, including the national chairman of the party, believe going north is the surest path to victory, if they must match Atiku in all the boxes critical to their victory in next year’s elections.

To this end, the party leadership, has resolved to consider reopening the sales of forms to some members of the party by way of broadening the options and further opening up the turf to more candidates for a competitive approach to the ticket, even when the president had said without equivocation that, there would be no election.

In their consideration as they came up with this idea, THISDAY gathered, were El-Rufai and Zulum, a move believed would help them push some of their best from the north into the race and put the party on a sure-footing ahead of the elections.

It is not certain yet if El-Rufai would buy into the idea, having said time and time again that, he is not interested in the presidency and that he believed in the need for power to shift to the south after Buhari’s eight years, because it is the right thing to do.

Zulum, on his part, had been touted earlier as a possible option for running mate to whoever emerged the candidate of the party, but had openly come out to turn down the idea, saying also that, while it was a good thing to consider him for the office, especially, given the privileges attached to it, he prefers to return to Borno to consolidate the work he has started.

This, nonetheless, the governors have maintained the position, that despite Buhari’s appeal for reciprocity in the choice of his successor, they too have a responsibility as stakeholders to advise and guide him on the suitability of his choice candidate for the party.

Indeed, many of the governors, who were insistent on going south, held the view that there was no need to panic over the emergence of Atiku in the PDP, because with a strong southern candidate, which they claim to have in good numbers, the party would still comfortably defeat Atiku in 2023.

Despite not seeing anything wrong in pandering to Buhari’s request for reciprocity, many of the governors still believe that an acceptable choice of successor is key, not just to their victory at the general election, but to help prevail on other contenders, who would be persuaded to stand down for the sake of the president.

Against this background, while waiting for Buhari to return from his trip to Madrid, Spain, and present his candidate to the party ahead of the convention, a majority of the governors still stand strong against going north, notwithstanding the fears of other stakeholders, including Adamu.