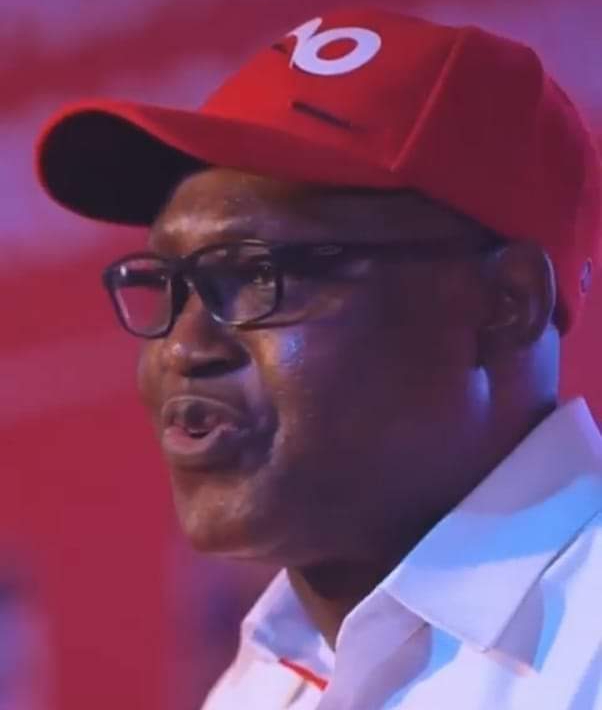 Biodun Oyebanji of the All Progressives Congress (APC) has been declared winner of the June, 2022 Ekiti governorship election by the Independent National Electoral Commission (INEC).

Oyebanji was announced the winner by INEC’s Returning Officer and Vice-Chancellor of the University of Ibadan, Prof. Kayode Adebowale.

The APC candidate polled a total of 187,057 votes to defeat his two closest challengers – Segun Oni of the Social Democratic Party (SDP) and Bisi Kolawole of the People’s Democratic Party.

“No society can grow greater than the vision and dream of its leader,” Oyebanji said during last week’s Ekiti governorship debate, one of his final public appeals to voters.

“I am offering myself to lead our people into a prosperous society.

“I am bringing to the table 11 years of experience in the public service at the state level, two years at the federal level.

“I am going to aggregate the best brains of Ekiti all over the world to help me achieve my dreams.”

The election, which was marred with reports of vote buying and violence, was largely peaceful, independent observers said.

Vote buying & Voter apathy
According to INEC, 988,923 registered voters were expected to participate in the exercise.

The polls officially opened at around 8:30am (WAT) on Saturday and was expected to close at 2:30 pm (WAT).

Some voters who stormed polling units to exercise their franchise vowed not to sell their votes.

“Ekiti is a state of professors . . . we are not illiterates,” one electorate said.

But reports of massive vote buying soon surfaced, prompting the Economic and Financial Crimes Commission (EFCC) to embark on a raid and make some arrests.

Some voters were also sighted scrambling for money during the election.