Precision
Home News The Pain Is Severe. I Don’t Want To Die – Nurse Who... 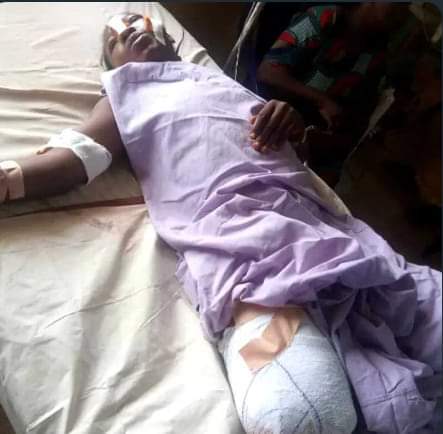 One of the victims of the Sunday June 5 killings at the St. Francis Catholic Church in Owo, Ondo State, a nurse with the General Hospital, Owo, Mrs Attach Margaret, has narrated how she lost both legs in the attack.

Mrs Margaret made the revelation at the Orthopedic and Trauma Department of the Federal Medical Centre, Owo, where she was rushed to on Sunday, she said: “My life is shattered.

“My breath is failing, I can’t breathe properly, God please help me. I’m getting tired, please nurse help me, don’t allow me to die,” She couldn’t speak further due to the pains.

However, a source in the hospital said when the killers arrived the church and were shooting sporadically, while many of the worshippers scampered for safety, others ran to the altar.

“It was after the whole incident that those who were picking the corpse discovered that she was still alive.

“They discovered that her both legs had been cut off and she was bleeding profusely.

“She was rushed to FMC where she was attended to,” the narrator said.

According to Vanguard, the 43 years old mother of four is from Ile-Oluji in Ondo State.