Precision
Home News Update: Owo Church Attack: We Were Told The Terrorists Have Been Arrested... 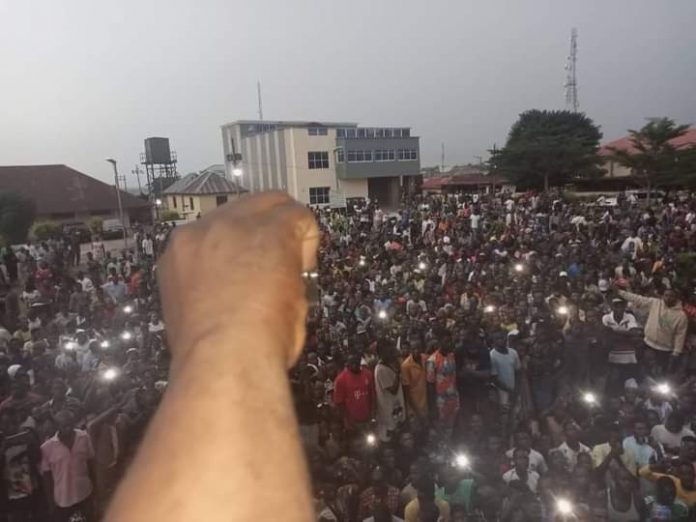 The Olowo of Owo, Oba Ajibade Gbadegesin Ogunoye III says reports available to the Palace has it that the perpetrators of the deadly attack in the town on Sunday, have been arrested.

The Monarch stated this while addressing a mammoth crowd that besieged his palace on Thursday evening, to get clarification on the news about the arrest of the suspected terrorists.

No fewer than 40 people were killed at the St Francis Catholic Church on Sunday, while some have been admitted in the hospital.

The Olowo who spoke in Owo dialect, however, appealed to the people to remain calm.

There are reports that the perpetrators have been taken to Akure, the Ondo State capital.

All efforts by Precision Online Newspaper to speak with the Police PRO, Funmi Odunlami proved abortive.

Our correspondent, however, spoke with a top security personnel in the state, who said an official statement would be issued on the development soon.