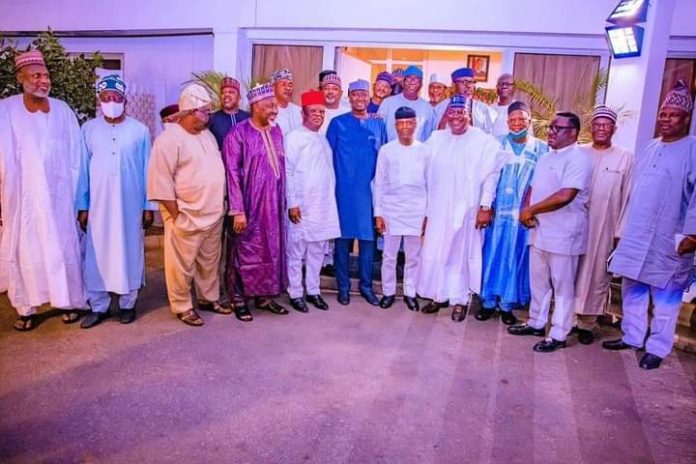 The Concerned Yoruba Muslim Scholars In Nigeria says it received with great joy the news of the resolution of the 11 APC Governors from the Northern Region to zone its Presidential candidate to Southern Region in line with the agreement of the founding fathers of the party.

It could be recalled that the Concerned Yoruba Muslims Scholars in Nigeria have been calling for candidature of Muslim from Southwest for sometime and we see the present zoning decision as a step in the right direction. It is on record that a Muslim from Southwest have for long being disenfranchised from Presidency on account of their religion and we would not like this to be repeated this time around.

We are greatly indebted to President Muhammadu Buhari, who not only created enabling environment for the resolution of the lockjam, but also went ahead to endorse the resolution of the Northern Governors position in the overall interest of Unity, peaceful and mutual trust and progress of our Nation.

We acknowledge this courageous stance for equity and moral rectitude. We applaud the zeal and determination of all the stakeholders to engage realistically and honestly. We salute this uncommon resolve to confront issues militating against the march towards nationhood and ultimate greatness.
By this gesture, we are convinced that the ascendant march towards stability, progress and prosperity is not truncated by selfish or parochial interests.

We congratulate all the aspirants that stepped down for exemplary conduct. Posterity will remember them for good. All the stakeholders that intervene at one point or the other behind the scene are well appreciated, special mention must be made of the leader of the Muslim Ummah in Nigeria, His Eminence, the Sultan of Sokoto and leadership role of Supreme Council for Sharia in Nigeria in this regard.

While we look forward to emergence of Muslim from among the loyal and competent aspirants from the Southwest, we wish the party a hitch-free Convention as scheduled for this week.