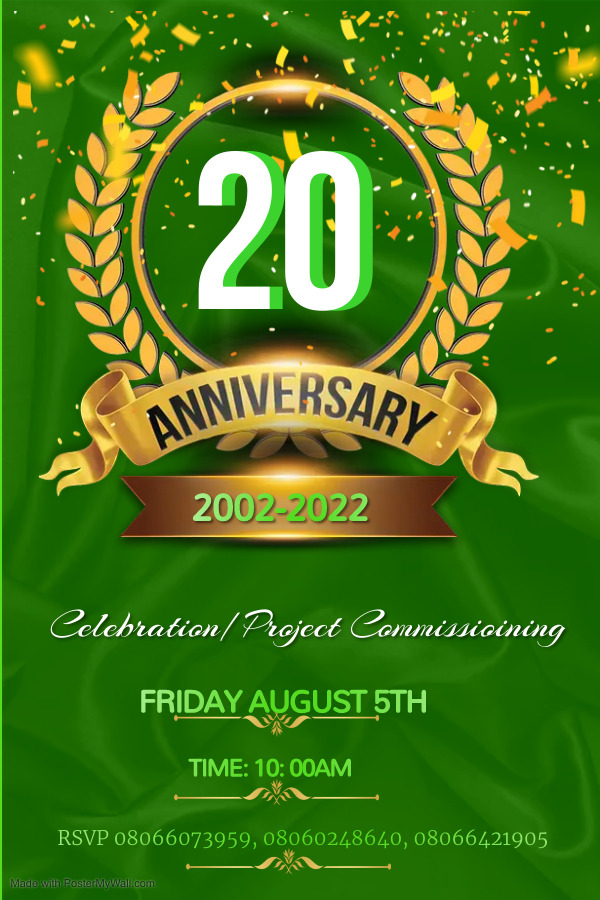 As part of activities marking the 20th anniversary of graduation by the 1996/2002 old boys of Oyemekun Grammar School, Akure (OGSA), 18 concrete seats strategically positioned under trees in the school will be unveiled on Friday, August 5.

The old boys in a statement issued in Akure at the weekend by its President, Oluwatimilehin Oni, noted that the project, the first of its kind, would provide aesthetic value to the school, as well as relaxation spots for the students.

According to him, the students are already basking in the euphoria of the project, adding that the project has been well thought out with the school’s management.

“We thank God for how far we have gone with the 20th anniversary project. We have completed the plastering of the seats.

“Ceteris paribus, we are trying everything humanly possible to ensure all the 18 seats are ready before commissioning slated for August 5, 2022,” he said.

Oni urged members of the old boys that are yet to respond to the project to do so, while thanking all the members for showing interest in the project. He said those willing to support the project can pay into the account of the set as follows:

He added that there would be a special reunion of the old boys the following day in Akure.

This is not the first time the 1996/2002 set will be contributing towards the development of the institution. In January, 2020, the members paid the WAEC fees of indigent students in the school, with the assurances that more developmental projects would be implemented by the set.