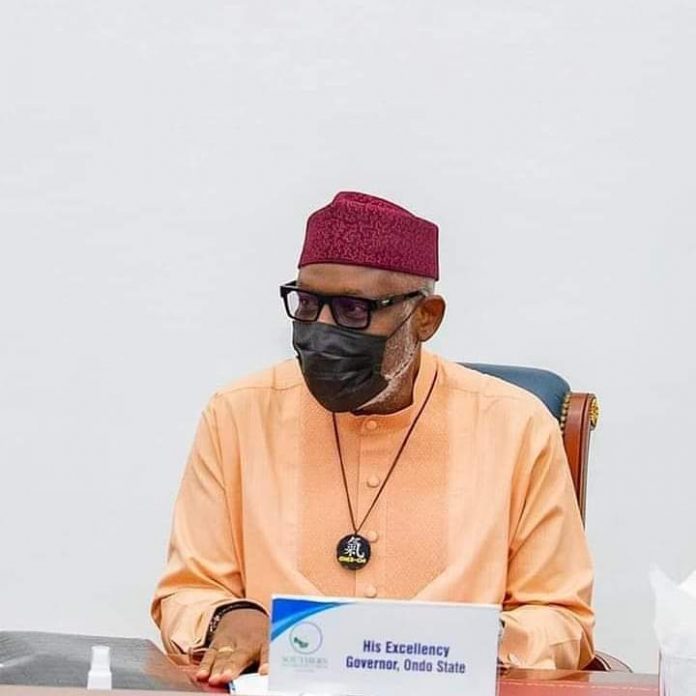 I wish to use this opportunity to ACKNOWLEDGE AND HONOUR A GREAT LEADER, A FEARLESS WARRIOR, A MAN WITH LARGE MIND OF LION, as well as a *peace loving Governor of our Dear Sunshine State* whose devotion to the cause of our State and Nation is legendary.

Arakunrin Oluwarotimi Odunayo Akeredolu, SAN you have been steadfast in defending the gains of our successful struggle to attain the best economy in  Ondo States, thereby paving way for the socio-economic and political development of our Dear Sunshine State.

The State on which you have reposed so much responsibility and trust values and the great contribution that you have made towards economically empowering  the people of Ondo State through  industrialization Programmes is a giant stride.

I will continue to value your courage in the ongoing efforts to making sure that Ondo State becomes one of the developed states in Nigeria.

As you celebrate your birthday, I identify with your strong WILL to rescue the state through the rescue agenda -Zero Tolerance to Crime, AMOTEKUN CORPS establishment initiative.

I know it is the Lord’s doing to be part of your administration and coincidentally to  be your co-birthday celebrant as every 21st July speaks of us.

While thanking you for creating anabling environment for the people of the  State , on behalf of my colleagues in the Ondo State House of Assembly, and my family, I wish you a BIG
Happy Birthday Sir!!!

In a release signed by the Chief Press Secretary to the Monarch, Mr. Adeyeye Michael, Oba Aladetoyinbo described the Governor as a man with uncommon sense of patriotism and dedication to service and welfare of his people.

The Monarch said the Amotekun Generalisimo is indeed a man who places the interest and security of his people above all partisan politics. He has continued to demonstrate his love by keeping the promise of ensuring the safety of lives and properties of the good people of the Sunshine State.

“The Governor is a man that has developed remarkable intellectual capacity in the discharge of his duties as the Governor of Ondo State and the Chairman of the Southern Governor’s Forum. The Governor’s courage and resourcefulness have redefined governance in Ondo state”, Oba Aladetoyinbo said.

The Deji wished the Governor many more prosperous years and God’s continued guidance as he steers the affairs of the State.

Oba Aladetoyinbo equally prayed that the Almighty God will continue to grant him the strength, wisdom and sound health to serve the State and humanity.