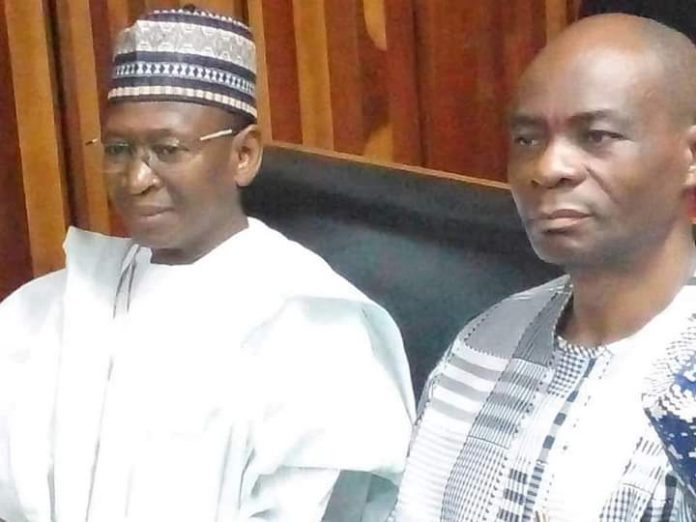 A High Court sitting in Abuja has remanded the suspended Nigeria’s Accountant-General, Ahmed Idris, in prison custody over his alleged illegal diversion of public funds to the tune of N109.4 billion.

Idris was arraigned on 14 counts bordering on conspiracy, criminal breach of trust, and money laundering.

Trial Justice A.O. Adeyemi Ajayi who remanded the suspended AGF and other defendants in the matter, said they remain in the custody of the Nigerian Correctional Service till Wednesday when their bail applications would be heard.

The Economic and Financial Crimes Commission had in a statement on Thursday, said Count one of the charge reads: “That you, Ahmed Idris between February and December, 2021 at Abuja in the Abuja Judicial Division of the High Court of the Federal Capital Territory, being a public servant by virtue of your position as the Accountant General of the Federation accepted from Olusegun Akindele, a gratification in the aggregate sum of N15,136,221,921.46 ( Fifteen Billion, One Hundred and Thirty Six Million, Two Hundred and Twenty One Thousand, Nine Hundred and Twenty One Naira and Forty Six Kobo) which sum was converted to the United States Dollars by the said Olusegun Akindele and which sum did not form part of your lawful remuneration but as a motive for accelerating the payment of 13% derivation to the nine (9) oil producing Sates in the Federation, through the office of the Accountant General of the Federation, and you thereby committed an offence contrary to Section 155 of the Penal Code Act Cap 532 Laws of the Federation of Nigeria 1990 and punishable under the same section”.

Count eight reads: “That you, Ahmed Idris while being the Accountant General of the Federation and Godfrey Olusegun Akindele while being the Technical Assistant to the Accountant General of the Federation between February and November 2021, at Abuja in the Abuja Judicial Division of the High Court of the Federal Capital Territory, in such capacity, entrusted with certain property, to wit: N84,390,000,000 (Eighty-Four Billion, Three Hundred and Ninety Million Naira) committed criminal breach of trust in respect of the said property when you dishonestly received the said sum from the Federal Government of Nigeria through Godfrey Olusegun Akindele trading under the name and style of Olusegun Akindele & Co., and you thereby committed an offence punishable under Section 315 of the Penal Code Act Cap 532 Laws of the Federation of Nigeria 1990