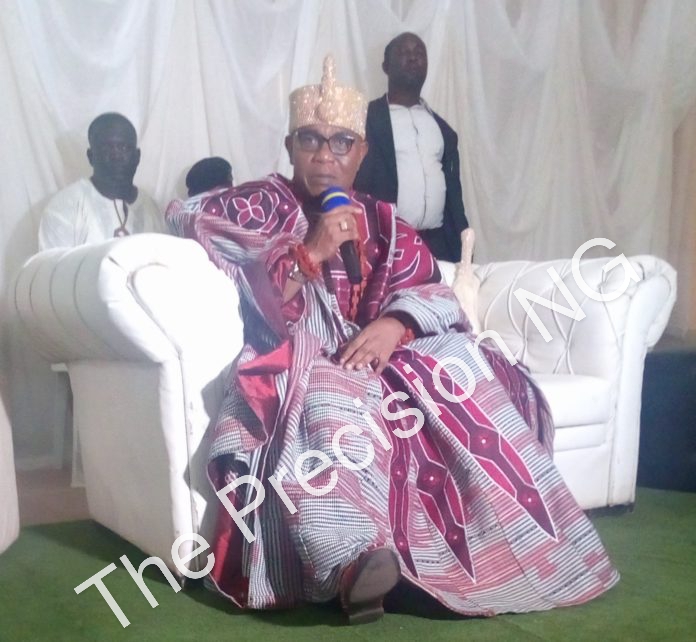 Nigerian Institute of Public Relations has felicitated the Deji of Akure on 7th Coronation Anniversary.

“Indeed the last seven years you have been in the saddle of leadership of Àkúré Kingdom have been impactful, peaceful and development-oriented.

“Ondo NIPR believes that these chain of achievements could not have been achieved but for the quality of your exposure, character and candour.

“We specifically note with enthusiasm your leadership roles even among other monarchs, which have earned you the chairmanship of the Òndó State Council of Traditional Rulers.

“We believe that your fatherly roles have also engendered the peaceful coexistence among the several tribes,groups and peoples residing in the Ondo State capital.

“NIPR prays that the Almighty God will continue to assist,direct and support you in the very many years still ahead.

“This seventh coronation anniversary is coming in the seventh month of the year and number seven symbolises perfection. So,we pray that God Almighty will perfect everything concerning Àkúré Kingdom under your leadership.

“Long you shall reign, Kabiyesi. Once again, congratulations.”

Similarly, the Nigeria Union of Journalists, Ondo State Council says it rejoiced with one of her Royal Patron and Deji of Akure Kingdom, Oba Aladetoyinbo Ogunlade Aladelusi, Odundun II, as he marks seven years on the throne of his forefathers.

A Congratulatory message jointly signed by the Chairman of the union, Prince Leke Adegbite and the Secretary, Comrade Olaoluwa Meshack, on the 7th year coronation, described the Paramount Ruler of Akure Kingdom, as a traditional ruler with distinctions and the fear of God.

The NUJ Ondo State Council, notes that during the reign of Oba Aladetoyinbo, Akure Kingdom has witnessed peace and developments in all ramifications.

The Union says that the declaration of every 16th of August, as Annual Prayer Day for all Akure sons and daughters all over the world, was an indication that the Kabiyesi rules over his kingdom with the wisdom of God.

Ondo NUJ enjoins all sons and daughters both at home and in diaspora as well as other inhabitants of Akure, to support the vision of the Kabiyesi so that the peace and development currently being witnessed across the Kingdom can be sustained.

NUJ therefore wishes Oba Aladetoyinbo Ogunlade Aladelusi, the Union’s Royal Patron long reign on the throne, as well as peace and more development in Akure Kingdom during his reign.