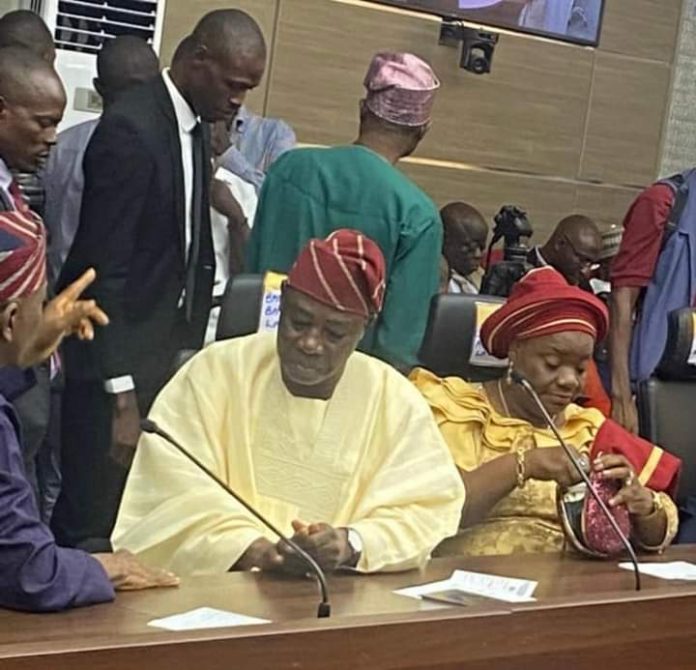 The Oyo State House of Assembly on Monday approved the appointment of Adebayo Lawal as the new Deputy Governor following the removal of Rauf Olaniyan.

The approval followed the nomination of Lawal to the lawmakers for consideration by Governor Seyi Makinde as a replacement for Olaniyan.

Before his appointment, Lawal was the Chairman of the State Housing Corporation.

He had also served as the state Attorney-General.

He hails from Kisi in the Irepo Local Government area.

Lawal’s nomination is contained in a letter by the governor to the lawmakers, which was presented at the plenary.

The house proceeded on a short recess shortly after the impeachment of Olaniyan as the deputy governor.

The lawmakers later reconvened at about 12.15 p.m to consider the appointment of the new deputy governor.

The Speaker, Adebo Ogundoyin, while reading the letter from the Executive, said it was in response to an earlier letter sent by the lawmaker to the Governor dated July 18, informing him of the impeachment of Olaniyan.

Defending the nomination of Lawal, the House Majority Leader, Sanjo Adedoyin, said that the nomination should be favourably considered, approved and adopt in view of his antecedents in contributing to the progress of the state.

In his remarks, the speaker put the nomination to a voice vote, which went the ways of the “ayes”.

According to him, with the vote, Lawal has been approved as the Deputy Governor of the state.

The House, however, adjourned plenary until July 21.