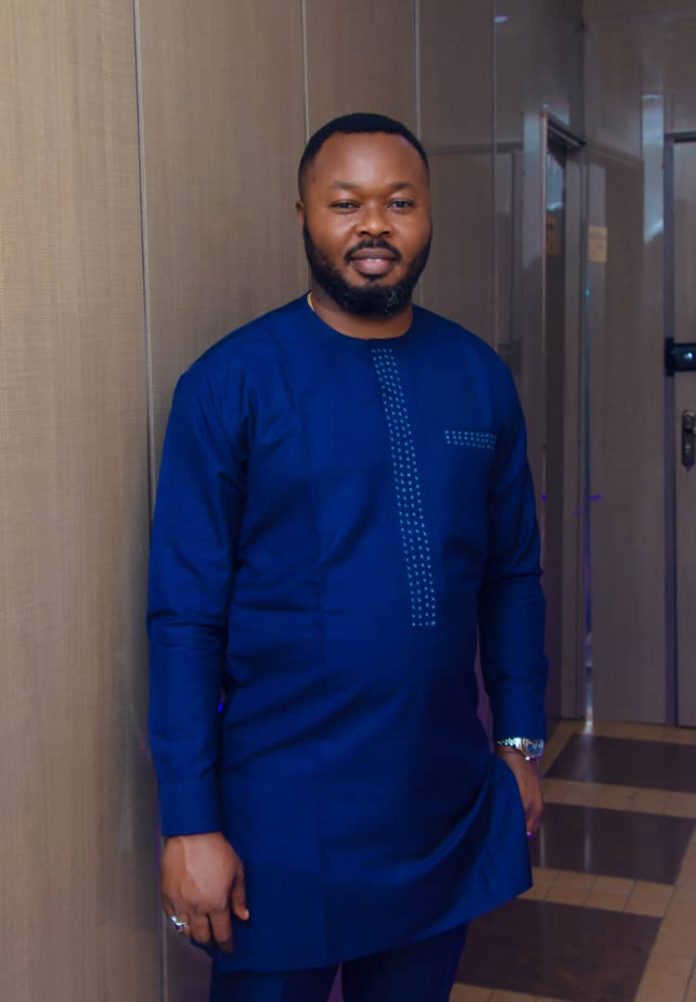 An aspirant for Akoko South West/South East federal constituency on the platform of the All Progressives Congress (APC), Adeyeri Stephen Kunle, has resigned his membership of the party.

Adeyeri noted he ceased to be a member of the APC, so as not to be a party to what he portrayed as unconstitutionality and arbitrariness oscillating in the party.

The party chieftain disclosed his resignation to newsmen on Tuesday in Akure, the Ondo State Capital.

In his letter of resignation, he said “Let me commence by thanking profusely, the Executive Governor of Ondo State, Arakunrin Oluwarotimi Akeredolu, the Party State Chairman, Engr. Ade Adetimehin and other big guns who are piloting the affairs of the ruling All Progressives Congress in the Sunshine State, for the honour and privilege to be a member”

“After carefully musing and given to introspection on my exit from the APC, the afterglow gave me further impetus to tender my resignation letter as a Bonafede member of our great party effective from 12th July 2022 and for proper documentation in line with the party guide line and as enshrined in constitution of federal republic of Nigeria”

“My foray into politics was a clean slate. I joined the party a few years back, sequel to overwhelming pressures piled by patriotic citizenry who earnestly implored me to join the Akoko South West & Akoko South East Federal Constituency race under the platform of APC”

“I strongly believed that the uncompromised denizens met with me after painstakingly tracing some certain trajectories which also validated their optimism that the aforementioned Federal Constituency needed a quality representative at the green chamber. I acceded to their request with the unfettered alacrity to make my clime another bastion of development”

“Undoubtedly, I saw the future farther than others and my unrestrained readiness to serve spurred me to astronomically contribute to the party already wallowing in the deep sea of retrogression. I changed the unsympathetic narratives by embarking on series of overt empowerments aimed at revitalizing and repositioning the party”

“Since I was passionate and, simultaneously confounded as to the urgent steps to be taken in order to safe the sinking ship; without loitering, I established a think-tank, chiefly qualified political pundits. Afterwards, I espoused their recommendations purposely for the rejuvenation of APC. Forthwith, I started with the extension of electricity from St. Patrick College to Police Area Command in Iwaro-Oka. Residents were confined to surprise when I also extended electricity from Otalokija to Etioro in Supare Akoko.”

“Again, I gave out a transformer to Agbadotun community and I also distributed motorcycles and other items to some party loyalists just for them to eke out a living amidst the abysmal living condition of Nigerians yelling for another change. The yeoman’s job, all in the name of APC, undoubtedly restored the lost confidence in members, as we recorded unprecedented turnaround with oppositions trooping to join the fold”

“Aside the lump sum given to aid some party members, I exhibited unwavering support despite the incontrovertible fact that the oppositions were lurking around, making subterranean moves to ensure I joined their parties, much to their consternation, I kept hoisting the progressive flags with the intention of promulgating the philosophical mantra of my party”

He added that: “Delving into the bitter phase which reached the boiling point, in the build up to the primary election, the friendly weather changed as I was able to demystified the conspicuous body language of the leadership of the party. Even the Man Friday sowed the discord seed just to curry favour with the emperors”

Undeterred by the sinister plot, I still hoped for a level playing field, but because of their impending but ostentatious defeat; with an audacious disregard for other aspirants, the goal post was shifted to actualize their interminable desire which was kept inside the depraved vault. Afterwards, frantic efforts to entrench chastity, also to offer the olive branch was outrightly rebuffed.

“Sadly, while other parties have purged themselves of unconstitutionality and irrational acts, the APC has domesticated those practices fraught with questionable arbitrariness”

He further said, “It is imperative to state that the party has not only failed to live up to the yearning and expectations of members, it failed to give room for capacious inclusiveness. Unequivocally, the conundrum is bottom-up”

“Be that as it may be, after due consultation with my God, my family, my supporters and the Nigerian people whom I meet in all walks of life, I, Adeyeri Stephen Kunle, hereby tender my resignation letter as a member of All Progressives Congress ( APC ) while I take time to ponder my future”

“In addition am not only leaving the party alone, being a pilot of my loyalist men all my men are going with me”