Precision
Home News How I Met My Constituent’s Demands In The Last 3 Years –... 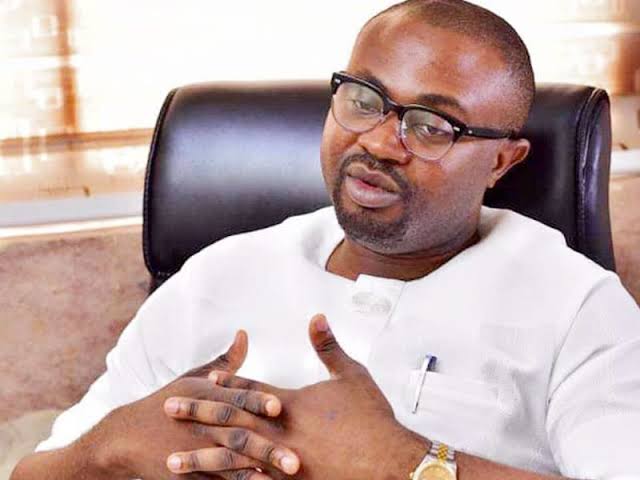 The member representing Akoko North East/North West Federal Constituency in the House of Representatives, Honourable Olubunmi Tunji-Ojo has said he was able to achieve most of the demands of his constituents and work plan in his first three years in office, despite the unexpected COVID-19 pandemic and other adjoining challenges of the period.

Tunji-Ojo, who doubles as the chairman of the house committee on Niger Delta Development Commission (NDDC) said this while speaking on a program on Adaba FM, monitored by Nigerian cable news online on Monday.

He added that many of the projects he facilitated didn’t originate from the Niger Delta Development Commission (NDDC), as speculated. He said he took it upon himself to move from one ministry to another to lobby and ensure his constituents needs are met.

He said: “For example, the transformer in Ekan, Odo Irun didn’t come from NDDC, they came from ministry of Agriculture — the signposts are there. The transformer in NTA road came from Border Community Development Agency, not under my jurisdiction. If you look at the mobile clinic, the one in Okoja in Ikare, the one in Okeagbe, the 10 tricycle ambulance, the multi-million Naira hospital equipment were all from Primary Healthcare Development Agency, that’s ministry of health. The ICT center in Akogram came from Nigeria communication Commission, NCC. The school that we built in Okeagbe. Twelve classrooms in Okeagbe High School came from SDG. The four classrooms in Oyin came from ministry of works and housing. The one that we built in comprehensive in Ikare came from SDG, the one in Iboropa came from UBEC, ministry of education. I’m just giving you examples, how we move from offices to offices, talking to people. You know people feel, because I’m in NDDC, that’s why I was able to do all those projects, whereas, most of those projects are not from NDDC.”

“Right now, work has started in about three schools. We have construction of six classrooms going on now in AUD Okegbe in Ikare. That came from Border Community. 6 classrooms are going on as I speak in Ajuta in ogbagi from border Community, not NDDC. Last year alone, we have 6 industrial boreholes, 10,000 litres capacity solar powered industrial borehole in six different locations last year. There’s one in Okegbe in Ikare, there’s one in Agboriki, in ilepa, in Ikare. There’s one in saint James in Ugbe Akoko. There’s one in Ogbagi Akoko. There’s one in Ikaram, there’s one in Ajowa Akoko. All these projects, they came from Nigerian Building and Road Research Institute (NBRRI) under ministry of science and technology. That didn’t come from NDDC. As I speak, we have about thirty 10000 ltrs capacity industrial solar powered boreholes. At least, one across all the 23 wards, plus additional ones in some wards, because some wards are bigger than the others. And all these things now, they are not coming from the NDDC. They are coming from ministry of science and technology. We have market renovation, and it didn’t come from NDDC. What I’m trying to say is that if you look at many of the things God has helped us to do, you’ll see that they are from different ministries of the government.” He added.

The lawmaker, while admitting that there definitely are areas where he was unable to meet up primarily because he doesn’t control any budget, but can only lobby for projects, he said people can however see his efforts. He added that he can beat his chest that out of 100%, he’ll score himself up to 70-75% despite Covid-19 and economic hardship occasioned by many happenings in the world.

He further added that for representation to be meaningful and effective, public office Holders should consider it imperative to identify the problem of the people, as that will make it easier for them to proffer solutions to those problems. He opined that politicians should endeavour to always see beyond politics and think of providing solutions to people’s problems.