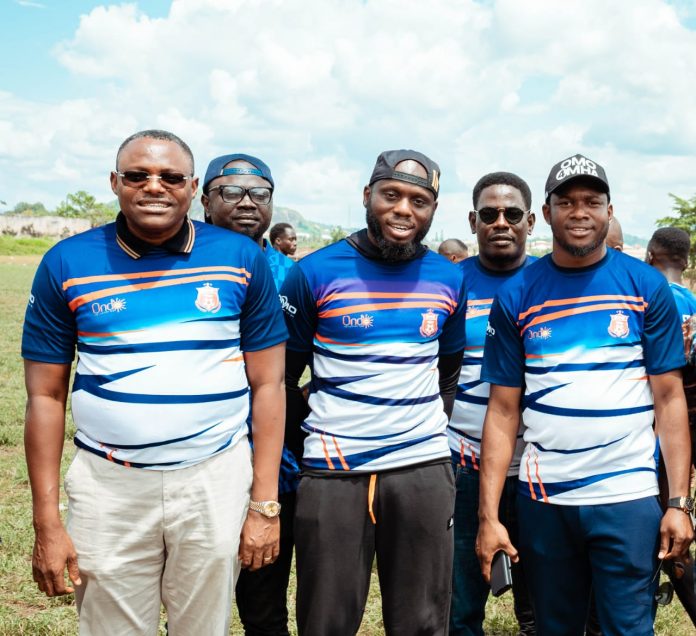 Hon. Moyinolorun Ogunwumiju on Saturday, 24th of September, reiterated his plans to using sport as a viable means for productive youth engagement in Ondo West Constituency 1.

The candidate of the All Progressives Congress in the forthcoming Ondo West Constituency 1 election 2023 stated this during the 2022 maiden edition of the “Omo 7 Aside” football competition in Ondo West.

The football competition which was held at the Adeyemi University of Education Sports Complex, Ondo started on the 2nd of September 2022 featured several teams from the Constituency.

Addressing newsmen after the grand finale of the weeks-long event which was laced with memorable and exciting moments which saw the participating team thrilled the audience, Hon. Moyinolorun Ogunwumiju stated that the football tourney was inspired by the need to provide the youths with a platform to harness their sporting potentials.

According to him, the youths are integral members of the society hence there must be a conscious efforts geared towards investing in their progress.

While appreciating the people of the Constituency for their support which ensured a successful hosting of the football tourney, he also revealed that youth development across the grassroots remains imperative to him and he would continue to lead the advocacy to ensure that major stakeholders within the constituency and State at large key into the drive.