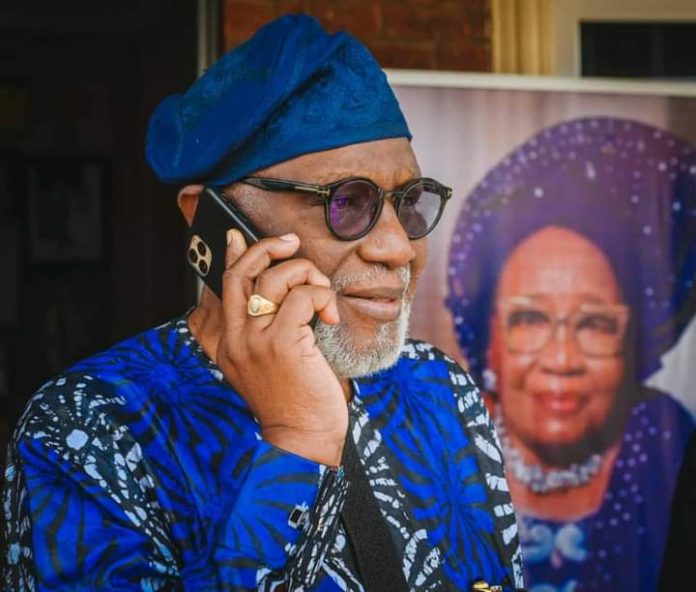 The Ondo state Muslim Community under the banner of League of Imams & Alfas, has commiserated with Governor Oluwarotimi Akeredolu over the demise of his Mother, Mrs Grace Akeredolu.

In a statement personally signed by the Chairman, League of Imams & Alfas who doubles as the Chief Imam of Owoland, Alhaji Ahmad Aladesawe, also congratulated Governor Akeredolu for receiving blessings from her late Mother during her lifetime.

Alhaji Aladesawe who recounted how Governor Akeredolu used to travel to Ibadan with the aim to personally ensure proper care for his mother urged Nigerians to emulate this great virtue.

“Often times, we used to hear how Governor Akeredolu will be traveling to Ibadan just for the purpose of ensuring that his Mother is properly taken care of.

“Infact, it is on record that the Governor was in the habit of celebrating the Easter, Christmas and New year with his mother, just to make sure that the Woman is happy.

He said, Prophet Muhammad in his sayings had said that the paradise of every child lies in the feet of his or her Mother

Alhaji Aladesawe also commiserated with the Governor’s siblings and the government of Ondo state by extension.

….commiserate with Governor Akeredolu and the family.

The National Vice Chairman (Southwest)of the All Progressives Congress APC, Hon Isaacs Kekemeke, has expressed his condolences to the family of Ondo State Governor, Arakunrin Oluwarotimi Akeredolu, SAN on the transition to eternity of their Matriarch, Mama Grace Akeredolu

He commiserated with the entire Akeredolu family and the people of Ondo State over the demise of Mama Akeredolu.