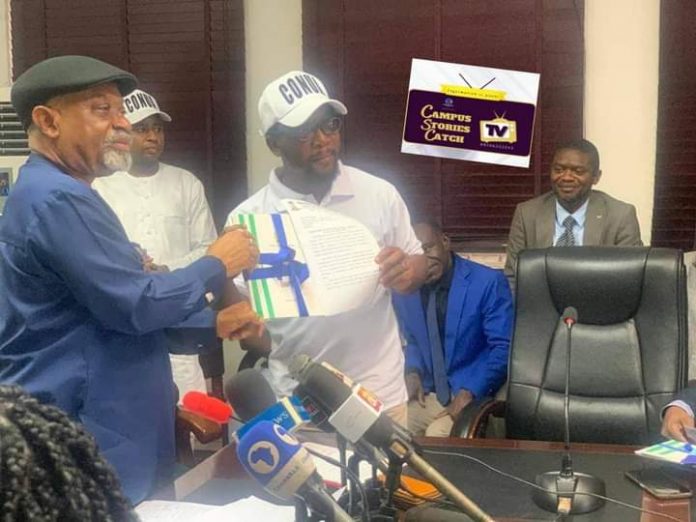 The Academic Staff Union of Universities (ASUU) on Tuesday described the recognition of the Congress of University Academics (CONUA) by the Federal Government as shadow chasing.

In swift a reaction to the approval granted CONUA by government, ASUU officials told Newsmen that it is not perturbed about the action, which would not take away anything from the union.

On the claimed by CONUA that members cut-cross 17 universities, Odukoya said: “interesting, he who assert must proof.

How many public universities do you have in Nigeria.”

According to him, in Nigeria there is Nigeria Labour Congress (NLC) and Trade Union Congress (TUC) and that ASUU is not concern about the recognition.

On what would be the reaction of ASUU if government starts negotiation with CONUA, the ASUU Lagos coordinator asked “is government interested in negotiation or award?

His words: Let us wait and see how event unfold. No problem. Let them take off first,” stating that ASUU is not worried about the recognition accorded CONUA. (Daily Sun)