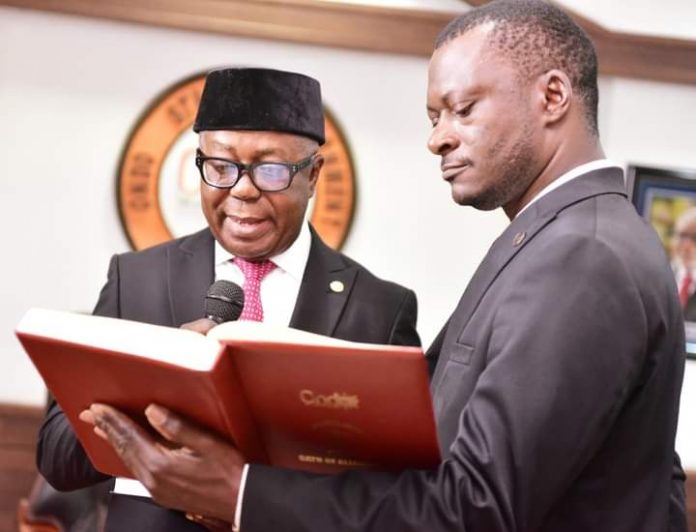 Mr Aiyedatiwa while inaugurating the Justice Odusola said government would continue to support the judiciary in the administration of fair and equitable Justice for all and sundry.

The Acting Governor, Lucky Aiyedatiwa congratulated Justice Odusola stressing that the executive would remain in its resolve not to interfere in the duties of the acting Chief Judge.

Mr Aiyedatiwa charged Justice Odusola to work on policies that would facilitate quick dispensation of justice to help decongest correctional facility in the state.

He gave an assurance that the state government would continue to collaborate with the judiciary for quick dispensation of justice.

Responding, the Acting Chief Judge, Justice Odusola sought the cooperation of other arms of government in steering the ship of the state judiciary.

Justice Odusola reiterated that he would forge ahead to consolidate on the strides attained so far in the state judiciary.

The swearing-in of Justice Odusola had in attendance top government functionaries from the three arms of government who came to witness a new phase in the judicial system of Ondo state. (Text from PositiveFM)