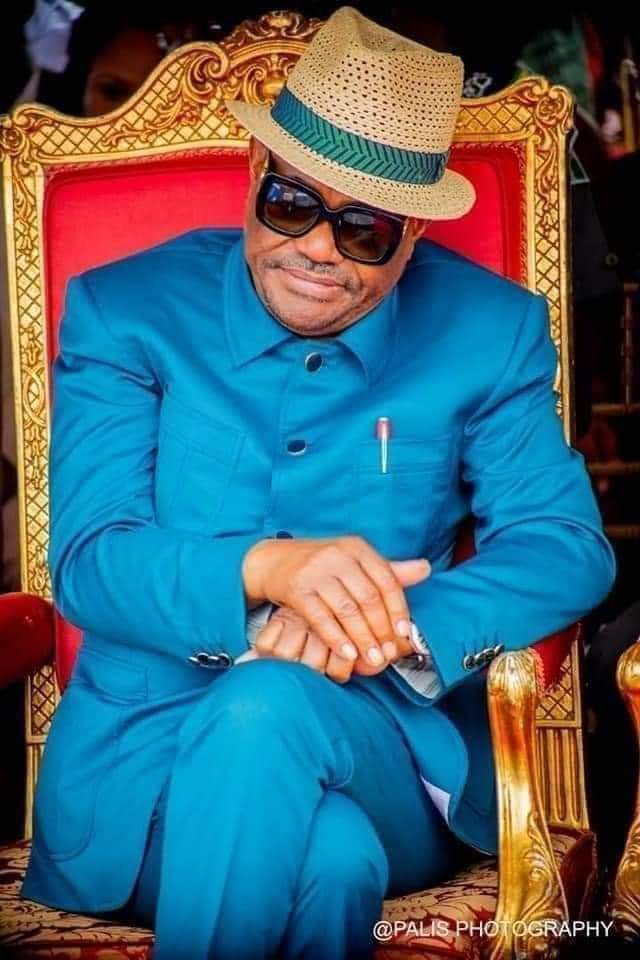 A pro-Peoples Democratic Party (PDP) on the platform of Rivers State Democracy Sustainable Group (RSDSG) has challenged the Rivers state governor Nysome Wike, to give account of all his recent giveaways to his allies allegedly causing disunity in the main opposition party and other donations.

The group wondered if those giveaways of Rivers state resources were presented to the Rivers state House of Assembly and approved by the lawmakers as party of budgetary allocation.

In a statement signed Monday in Abuja by its Convener, Justin Chibuike, the group said from 2015 till date Gov. Nyesom Wike has received trillions of Naira from internally Generated Revenue, federal allocations, local and foreign interventions and sales of Rivers State government properties including the gas turbine Rotimi Amaechi acquired from Holland and Saipem; but has not spent one third of these Rivers owned resources.

The group, however, threatened to that “If the Governor does not speak to Rivers people and hand over their properties back to the state, all these documents will be revealed including sales agreements of these properties both locally and internationally.”

According to the statement, one may ponder on the ridiculous excesses of the governor in recent times against the party that has given him everything except being the presidential candidate of the party.

“The party in it’s wisdom settled for the former Vice President of Nigeria, Atiku Abubakar for their best interest but the Governor has gone rogue against the party and the presidential candidate.

“We have realised that the courage to fight an unknown battle has been fully funded by the purse of Rivers State. The Governor in his bid to service the loyalty of the characters masquerading as fighters for justice in the Peoples Democratic Party (PDP) has resulted to throwing Rivers resources into the bellies of the fishes acting as militants in the PDP.

“Further more, the Governor of the state should explain to Rivers people if the monies that he doles out frequently to forces outside Rivers State are duly captured and approved by the Rivers State House of Assembly in the yearly budgets of the state.

“This is of importance because Rivers people have seen how the Governor went to Lagos State to endorse the APC Governor of the state against his party’s candidate and in so doing donated the sum of N300m to the National women conference organised by the Committee of Wives of Lagos State Officials(COWLSO) at the Eko Hotels and Suites.

“Also, we’ve seen in disgust how he attended the birthday party of his ally in Abia State, Okezie Ikpeazu and donated the sum of N200m for no just cause. We’ve also seen recently the donation of 25 buses each to both Cross River and Benue states PDP.

“Rivers people are tired and can’t continue in this charade of the governor in his utter wastage that has continually underdeveloped the state in times as such where there is serious unemployment and no human capital development or Empowerment to enable the youths create meaningful opportunities for themselves to grow the declining state GDP and of course the rising inflation in our dear state.

“We’ve also seen how about seven international trips of these Governors of his are sponsored by the governor at the expense of our state purse to hold secret meetings with political candidates in luxurious hotels for weeks in Europe that adds zero economic benefit to the state.

“It is quite unfortunate that a man who seeks accountability in his party is involved in actions that negates the core values of a just course. The Governor swore an oath to be accountable to Rivers people and we are of this notice asking him to give accounts of his ridiculous spendings of state resources.

“We have uncovered properties owned by the state especially the civil service quarters that is given to his friends and allies who are not Rivers people all to entice their support for his failed presidential bid. We ask, what have the civil servants done to Wike that for seven and half years they’ve not experienced promotion of any sort and that the state secretariate is kept in an unhabitable condition.

“The Governor in one of his many giveaways went to his kinsmen in Ogbumnuabali and doled out a mouth watery sum of N2b for doing nothing absolutely nothing. Such a fund would have been directed to fixing the unhabitable condition of our state secretariate because the civil servants in the state have seen nothing but neglect in Wike’s seven reckless years of mismanagement of state funds.”

“Rivers people and Nigerians daily have seen that the self centred gimmicks of Wike are only to grant easy access to a Bola Tinubu presidency. In his attempt to demean Atiku Abubakar, Atiku has continued to enjoy public support based on the unjustifiable excesses of Nyesom Wike. Public opinions in the various states of those following the Rivers Governor and beyond shows that Atiku Abubakar is leading every other candidate as General elections gets closer. His wide acceptance has been censored and his presidency is now a reality.

“We therefore, urge the Governor, Chief Barr. Nyesom Ezenwo Wike to immediately account for all Rivers State assets he has appropriated to himself and his cronies; if he dares not, we will one by each release the places and locations of properties he has forcefully annexed to himself and co-conspirators. Also, we will release documents of monies he has hidden through proxies for himself. The Governor must declare those properties to Rivers people for the purpose of transparency and accountability, else he runs the risk of facing a national disgrace.”