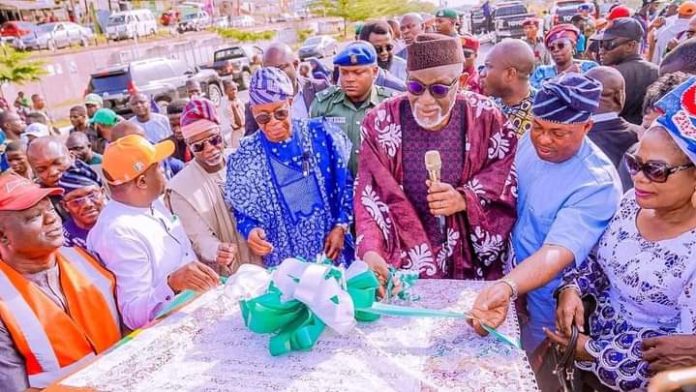 It has become crystal clear that the PDP in Ondo State has no iota of respect for human lives. The opposition party is prepared, out of desperation, to play politics with the lives of the people and demean any effort of the present administration in the state to save lives.

For clarity and education of the PDP, flyovers are not constructed for decoration or fancy. They are constructed as careful interventions to forestall unnecessary road mishaps. Since Government responsibilities are huge with limited resources, the need to plan and prioritise projects has become expedient.

For several years, the intersection at Ore was a nightmare, not only to the people of Ondo State but other road users plying the Lagos/Benin Expressway. Sadly, there were frequent carnages at that spot in Ore. Lives were lost. Precious times were wasted due to gridlocks.

To address the nasty situation, Governor Akeredolu moved and constructed a flyover, the very first in Ondo State, to save lives and promote economic activities in Ore, which is the economic hub of the state.

It is, however, shameful that the PDP, out of self inflicted selective amnesia, has suddenly forgotten this huge intervention and decided to demean the great effort that has continued to save lives in the state. Politics has boundaries. It should not cross the line when it comes to any efforts geared towards saving the lives of our people. Any act contrary to this is, at least, insensitive. Every responsible opposition knows that saving the lives of the people is a collective gain for the state.

History has already recorded it that Governor Akeredolu is the first Governor in the state to construct the first flyover. This great feat is in Ore and it is saving lives. No adversarial politics can change the narrative.

The clamour for a flyover at the popular Oba Adesida road due to traffic logjams at a time has been defeated with the placement of concrete barriers on the median. It turned out that what was needed was to stop people from indiscriminately crossing the road and not a flyover.

Similarly, the obvious spots where flyover would have been needed in Akure are both FUTA north gate and Onyarubulem junction. But the combined team of the state and federal governments has taken a traffic sensor of the roads and discovered that human recklessness and flagrant violation of traffic rules are the cause of the traffic situations on these spots.

Again, we are happy that the PDP is gradually diving into self-ridicule. Isn’t it ridiculous that a party that was in government for eight years in this state and refused to construct even a pedestrian bridge throughout its stay in office during an era of economic boom has now suddenly realised the need for a flyover in Akure?

For the records, the Akeredolu-led administration has constructed more roads in Akure than all previous governments put together. The work of this administration in Akure, the state capital, is undeniable.

Some of the roads attended to by the Akeredolu administration in the state capital are the Orita-Obele down to Oke-Odu road, Ire-Akari road, Gaga in Oke-Aro, Iwalewa in Oshinle, Abusoro in Ijoka, Signatures-SIB-Alagbaka road, Appeal court to SUBEB road, dualisation of Ijoka road which has reached an appreciable level, dualisation of “A” Division to NEPA roundabout and from NEPA roundabout to Olukayode roundabout and down to Ijoka. A total length of 106.91km of road is ongoing in Akure alone out of which 69.66km has been tarred and delivered.

The massive infrastructural development in Ondo State is imparting lives and providing jobs for our people. The Nigeria’s Multidimensional Poverty Index (MPI) Survey launched in Abuja on Thursday revealed that Ondo has the lowest poverty level in Nigeria with 27 percent.

This statistic is an attestation to the fruitful efforts of the Akeredolu administration on job creation, sustained economic development, industrialization and stability.

The PDP should learn how to have a sense of shame and get their facts and figure right before rushing to issue statements that clearly indict them. The people of the state have seen good governance under the Akeredolu administration unlike the cosmetic projects glorified with needless showmanship under the PDP government.