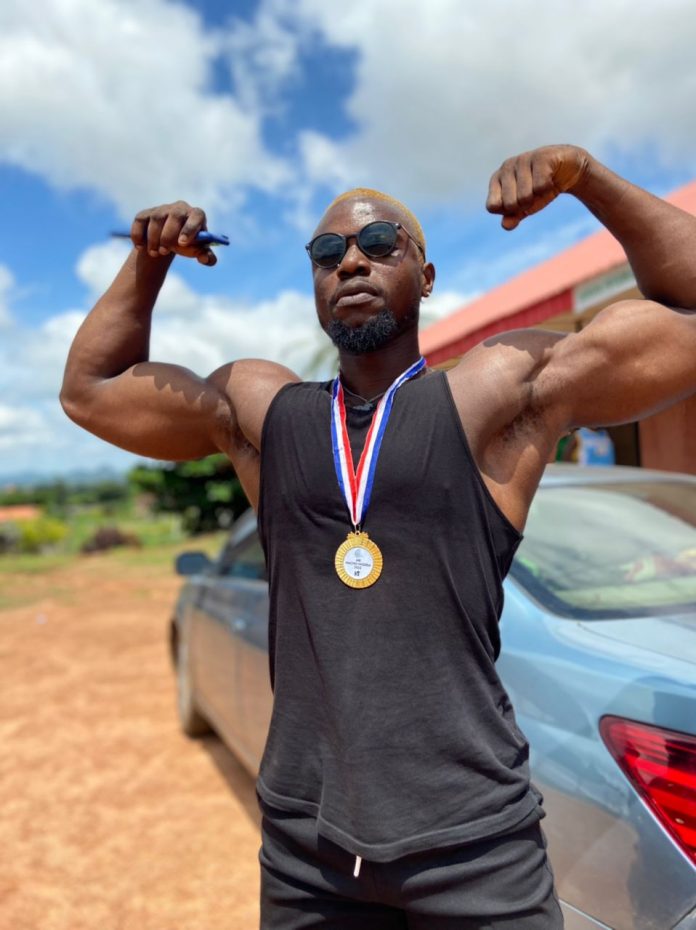 A popular athlete in Ondo state, Henry Adeyemo ,also known as Silverback Macho in September represented Ondo state and emerged the winner of the Macho Man 2022 competition held in Lagos.

In this interview, Adeyemo speaks on his emergence as the winner in the competition, the challenges and the possibility of missing out on a chance to compete at a bigger stage in Portugal in December.

Who is Mr Macho Man ?

I am Henry Adeyemo, winner of Mr Macho Nigeria 2022. I am the first person to have won this Mr Macho man from Ondo state . I was born and bred in Lagos but moved down to Akure couple of years ago. My mummy is from Ondo town and my daddy is from Oyo but I had been with my mummy most part of my life and I am based in Akure and I represented Ondo in the contest.

Though the contest was tough, I was not intimidated. I have been able to change some impressions through my victory and all I have been able to do is to project Ondo state, because those in Lagos always think Akure is local compared to the place and they never believed something like this could come out from Ondo State.

Adeyemo
When you got to lagos and saw other Macho guys , was there any feeling that they had more chances than you ?

I won’t say that. Mr Macho is just like an examination. Before you go for audition, you have to check past questions like the other guys that had won it in the past and what made them win it. I did my assignment very well and it all went well for me. I killed it.

What were you doing before winning this contest for 2022 ?

I used to play basketball for Ondo state and I train people and I have a job on fitness training and I still do it.

How do you train?

I train six times in a week. Be it in the gym, you will see me, be it jogging on the road, you see me. A lot of people have come across me in akure but they didn’t know who I am. I do my thing, morning and afternoon. It doesn’t matter weather it rains or shines, I don’t care.

Adeyemo shortly after winning the competition in Lagos
What was the support like from the ondo state government ?

Zero. I did all I did to win the contest on my own.

I represented Ondo State and right now in Lagos, people that see me or meet me have been putting pressure on me to relocate to Lagos but I can not deny the fact that I represent Ondo and that’s where I come from despite the fact that the state government doesn’t support me.

It has been my plan to make Ondo state bigger by winning contests like this and bringing people in to the State and make them believe in the state because Akure is a beautiful place.

Since you came back, have you heard anything from the government ?

Did you get in touch with any government official of top government functionaries?

I spoke to some people in government but I have not heard anything from them. But I am hoping to hear from them.

Does that make you feel discouraged ?

Not at all. I am a fighter and don’t rely on anyone. I believe that if you don’t fight to encourage yourself, nobody will do it for you.

I could have waited for the government for their support before going for the contest but I had to do it on my own and trust God.

How do you manage to finance yourself for fitness training ?

I am trying, though it is expensive. With the support of some people who care. You know many won’t want to support you until they see you achieving.

What is the next plan for you ?

I have got an invite from Portugal to go and compete. We are still on it but right now it is dangling because there is no support and lack of finance. I have worked on some documentation but you know money is needed to fly there and stay for the competition.

How prepared are you for the competition in Portugal ?

Mentally, I am ready to compete with others from all part of the world. But you know, the motivation has been down based on the uncertainty of whether I will be there or not. The event comes up December 3rd and 4th, 2022.