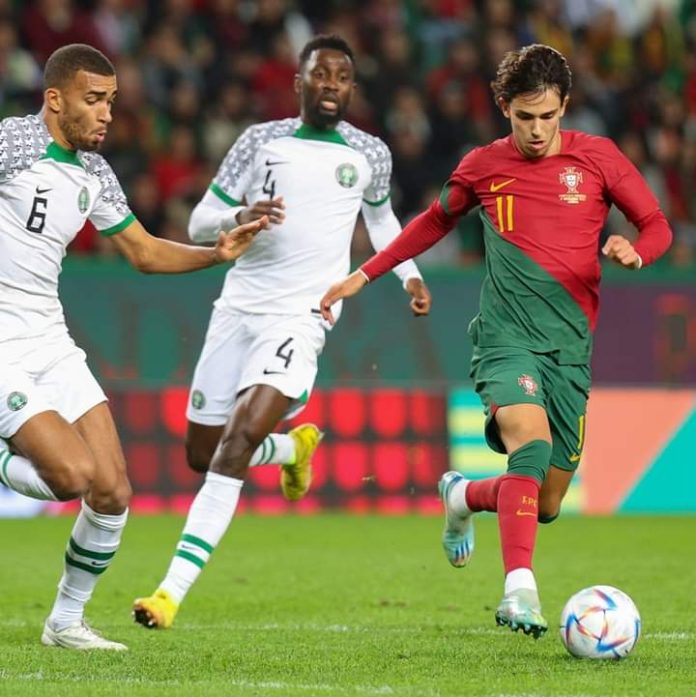 The Portugese football team on Thursday walloped the Super Eagles in an international friendly, scoring a 4-0 victory against the three-time African champions.

The Super Eagles should have reduced the deficit at 2-0 when they were handed a penalty in the 81st minute.

However, Nottingham Forest’s Emmanuel Denis was denied by an impressive Rui Patrício and the post.