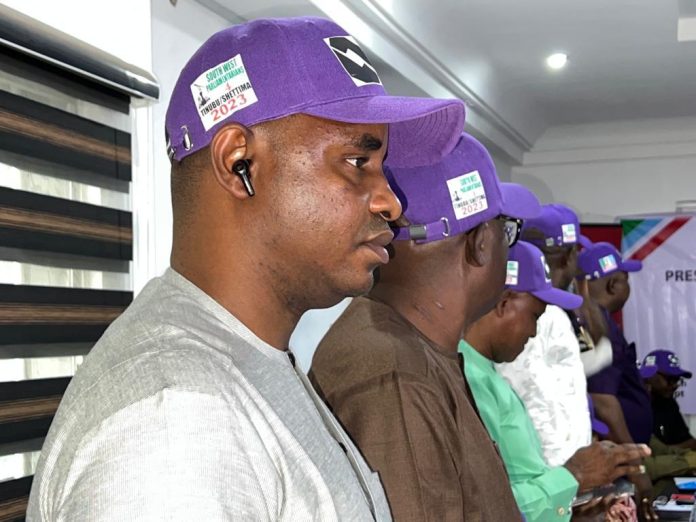 Ondo State majority leader, Honourable Oluwole Ogunmolasuyi says Asiwaju Bola Tinubu will turn things around for the better if voted in as president in 2023.

Ogunmolasuyi stated this after he was officially inaugurated into the Southwest Parliamentarian Presidential Campaign Committee (PCC) for Tinubu/Shettima campaign.

Ogunmolasuyi was inaugurated along with other parliamentarians who were charged to return to their constituency and ensure massive votes for the Tinubu/Shettima mandate.

He described the task as a privilege and opportunity to ensure equity, especially at a time when Nigeria needs a unifier who can turn things around. The majority leader promised to work with other parliamentarians on strategy and massive mobilization. The PCC committee pledged to get to work immediately and ensure APC coast to victory come 2023.

Ogunmolasuyi also called on Nigerians to put aside sentiments and judge the APC presidential candidate on his CV and past records. He assured everyone that a victory for Asiwaju Bola Tinubu in the upcoming general election is a victory for all. The majority leader also thanked everyone who has supported him thus far and promised to ensure service to humanity continues.