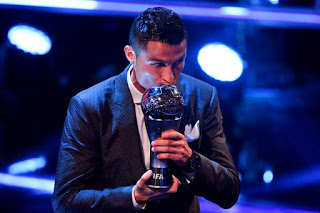 Ronaldo is set to leave the club after granting an explosive interview to Piers Morgan during the week.

After the interview, Morgan (a Arsenal fan) suggested to Arsenal to sign Ronaldo during the winter transfer.

However, Wilshere insisted that although the Portuguese could ‘still bring something to the Emirates, Arteta should avoid signing him.

“I still think he would bring something for the younger players to look at,” Wilshere told.

“To see how he lives and see how he does things. I still think there’s a benefit to have him.

“I don’t think Mikel would have him. No [I wouldn’t have him either].

‘Obviously what he has done is bad, but he doesn’t have a track record of that. He stayed at Madrid for years.’

Cristiano Ronaldo made a sudden return to Manchester United in the summer of 2020 and scored 24 goals in all competitions for the Old Trafford landlords, helping them qualify for the Europa League.

The former Real Madrid and Juventus star, however, reportedly asked to leave the club last summer but was stopped by the manager who publicly declared that he was in his plan for the season.